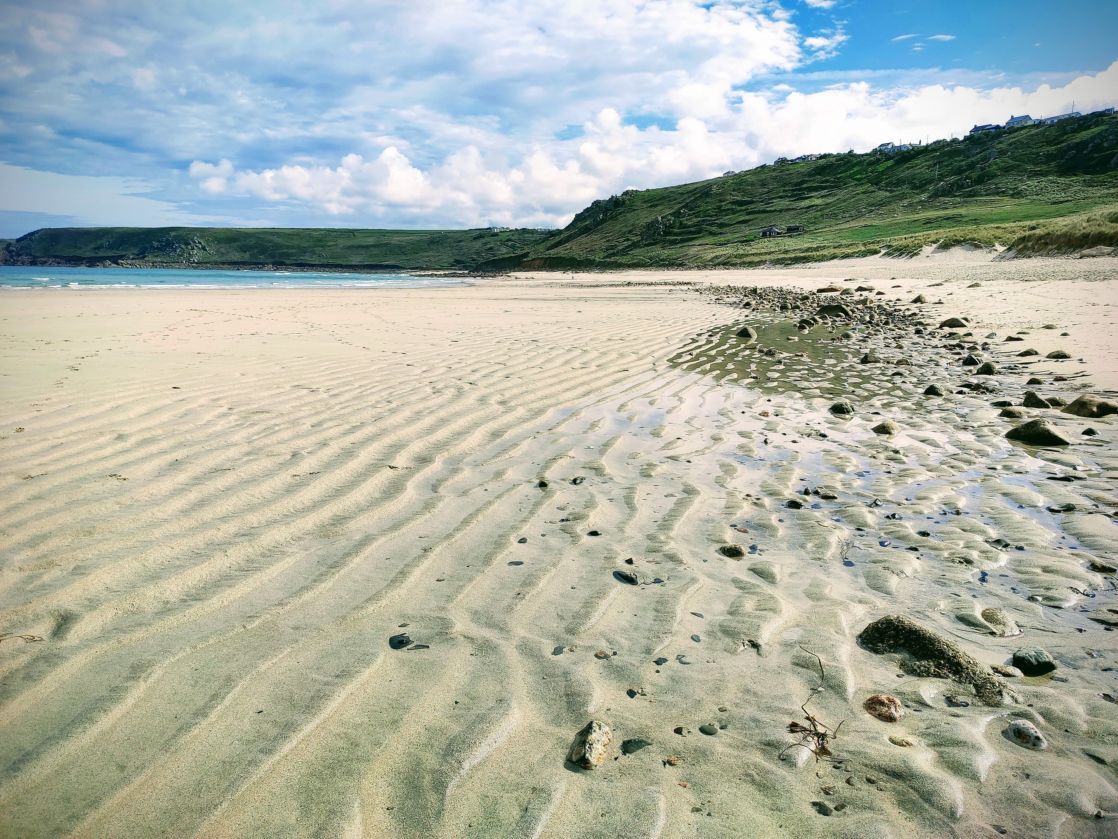 After escaping the rather more commercialised Land’s End (1.5 km away), it is a delight to reach family-friendly Sennen Beach, sometimes called Sennen Cove (although it is not a cove) a mighty fine Blue Flag sandy beach which feels the full force of the Atlantic.

This is what makes it fabulous for surfing due to its large swell, with waves bigger towards the northern end at North Rocks, but suitable for all abilities on different parts of the beach. The beach itself is called Whitesands Bay which has accessible car parking, or can be reached by bus from Penzance. It is usually RNLI lifeguarded during the summer, too.

On the south-westerly Penwith heritage coast, luckily, the Pedn-men-du promontory at the southern end of the bay protects it a little from Atlantic westerlies.

The views are spectacular in this breathtaking part of Cornwall. To the north of the cove is another beach at Gwenver. Of course, being a Blue Flag beach means there are mighty fine facilities, such as parking, lifeguarding and food available, alongside the white sands and the crystal clear water.

Low season, the beach is quiet and peaceful but on a sunny summer’s day, it is wonderful for children and surfers. Lovely rocks from which to watch the waves, the gulls and the gannets abound, and if you are energetic, you can walk from Sennen to Land’s End along the coast path, too. 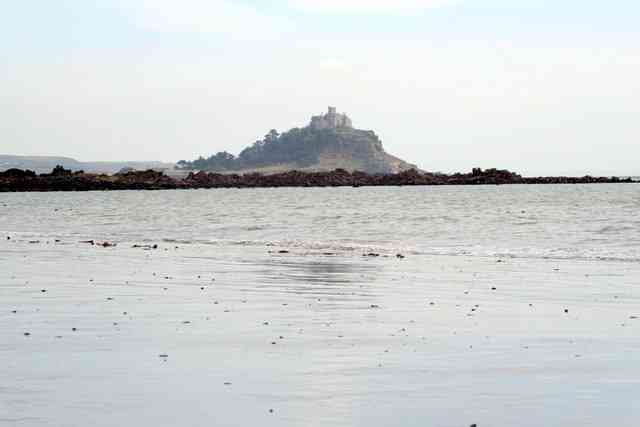 For a safe family beach in Penzance, then Long Rock is worth a visit as it is the most accessible sandy beach in the town, handy for a soothing walk, then perhaps a pasty. Popular with locals, windsur... 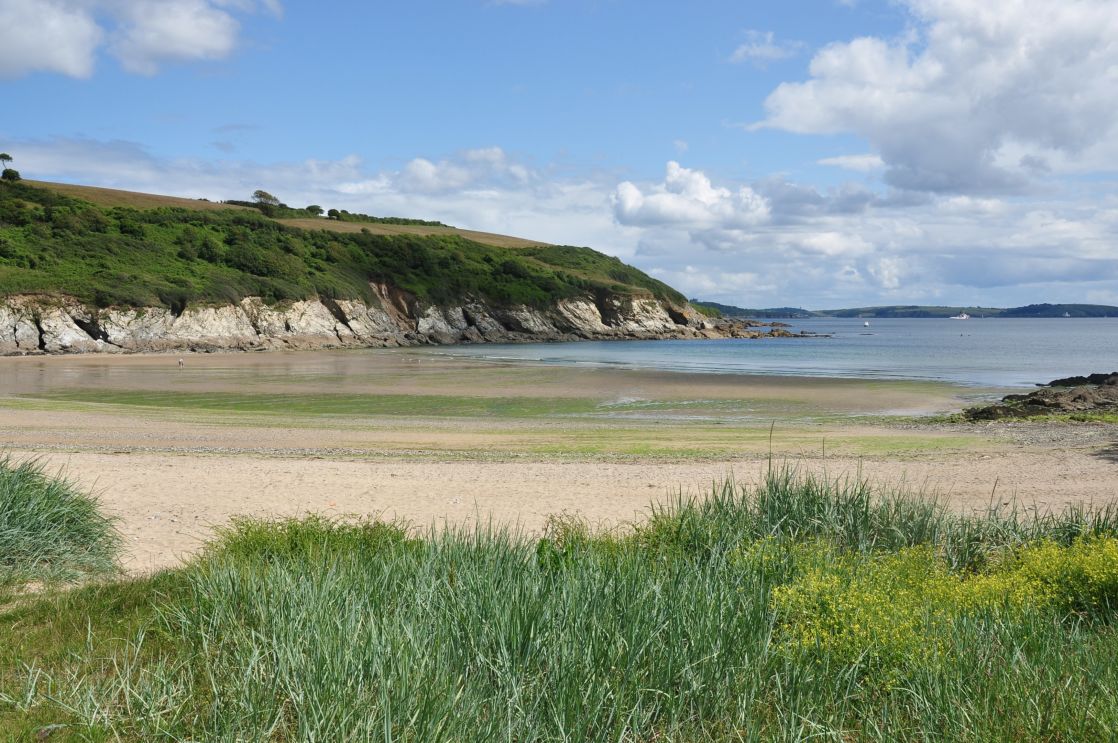 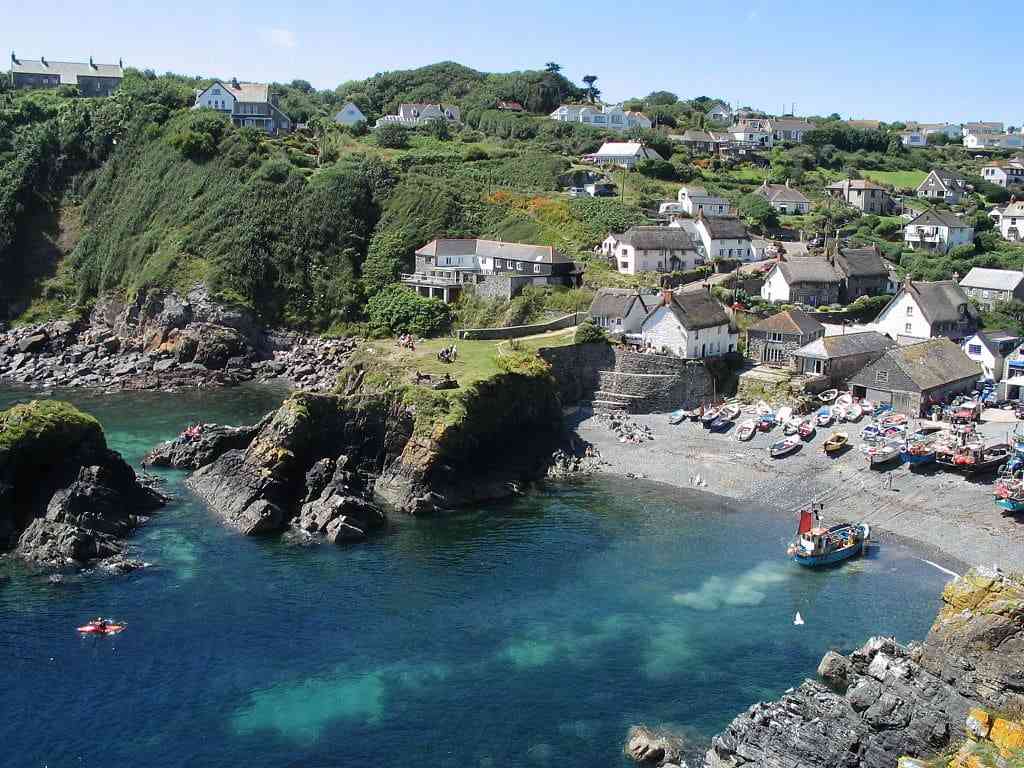 Cadgwith Cove is small but perfectly picturesque. An attractive fishing village on the most southerly point of Cornwall, the Lizard (with no parking, so you need to park in the car park and walk down)...

Imagine yourself on this beach at low tide. Running from Rame Head to Portwrinkle, Whitsand Bay offers a three-four mile stretch of perfect sand where various coves link up at low tide. If you love wa... 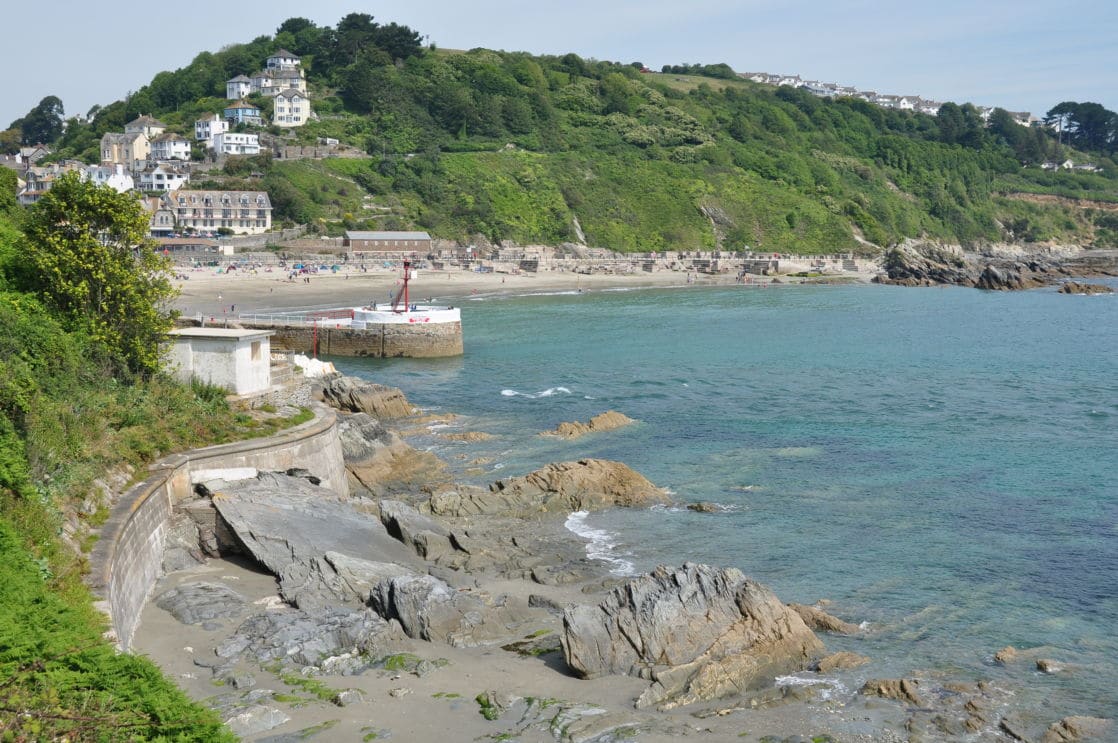 Looe is a lovely, vibrant resort of two halves as it lines both sides of the river. East Looe Beach is a longstanding favourite with visitors. It sits in front of the old town and is sheltered by the ... 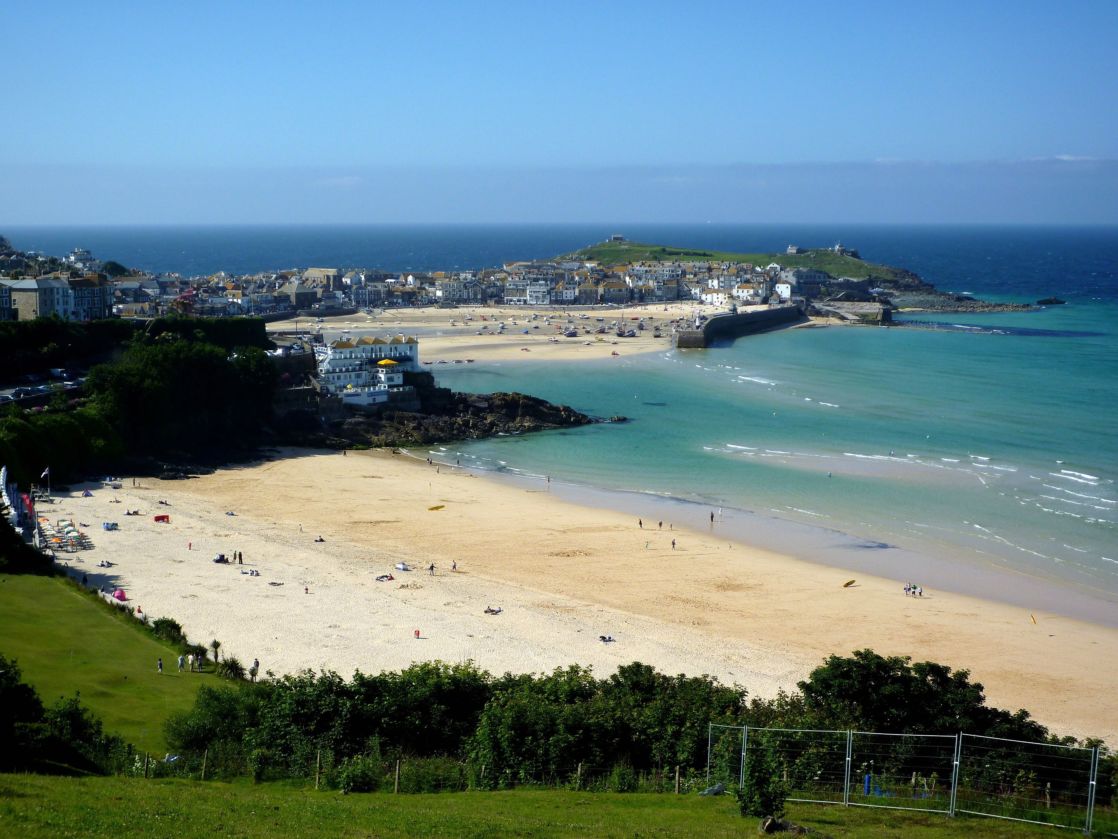 This is the second-largest St Ives beach with glorious views out to Hayle and Godrevy Lighthouse, so maybe take Virginia Woolf’s book with you to read there in the Cornish sunshine, imagining her ch...