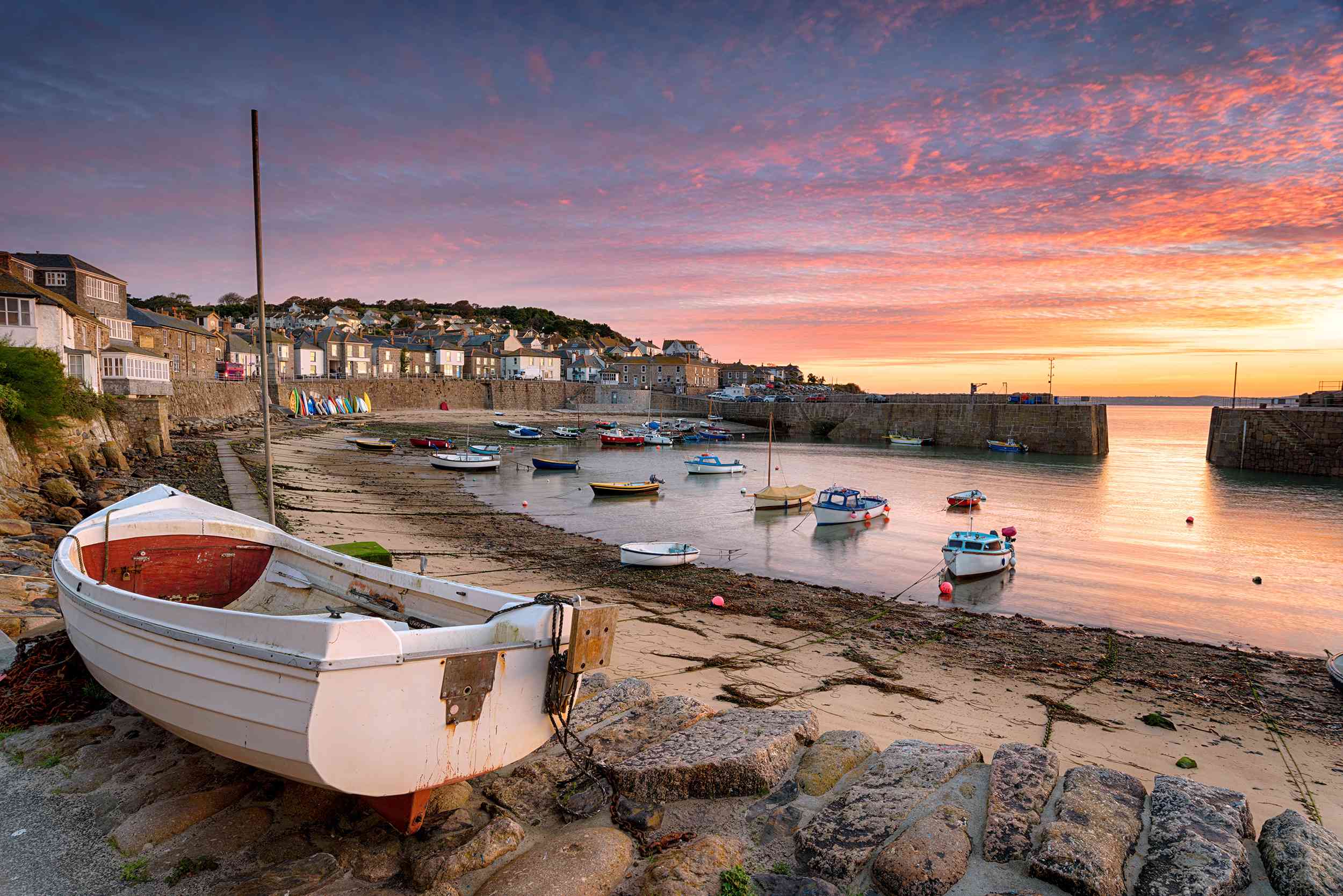 Explore the west coast of Cornwall, with a holiday cottage in Mousehole. Tiny streets and a pretty harbour make Mousehole one of the cutest villages on this stretch of coastline. We will help you find and book a self-catering holiday cottage that is just right for you.

Our holiday homes in Mousehole have been handpicked and selected for their luxurious feel and beautiful interior design. Cornwall holiday homes, don’t come with a more friendly and welcoming village than here in Mousehole. 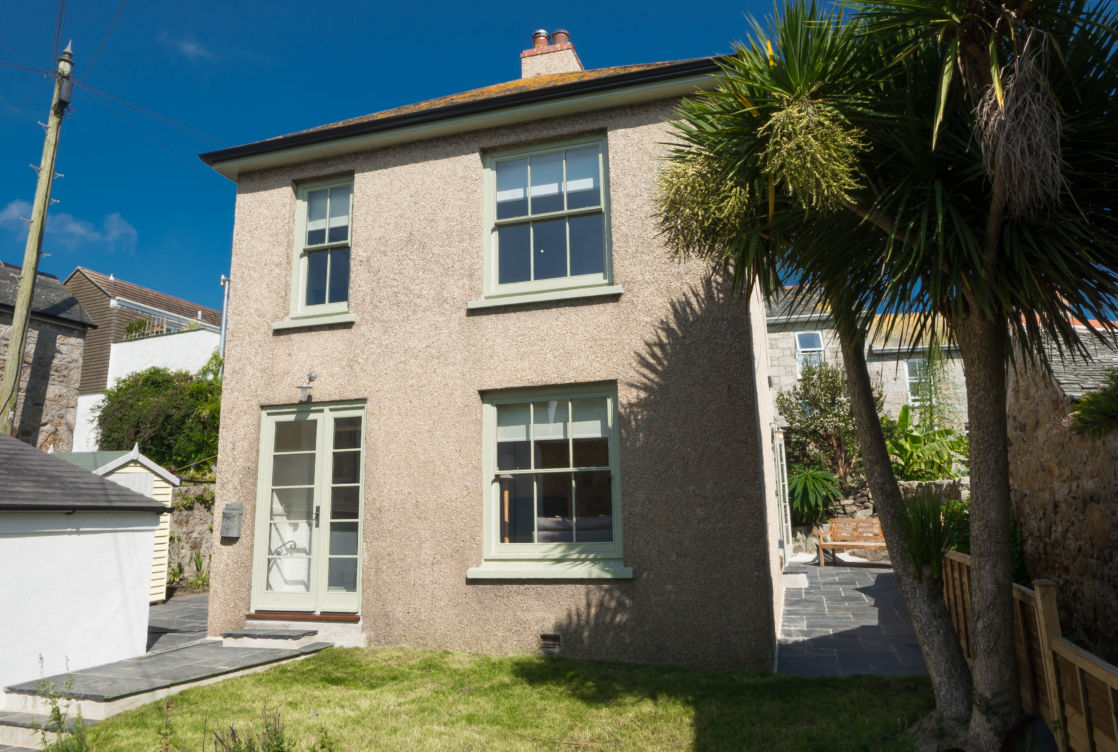 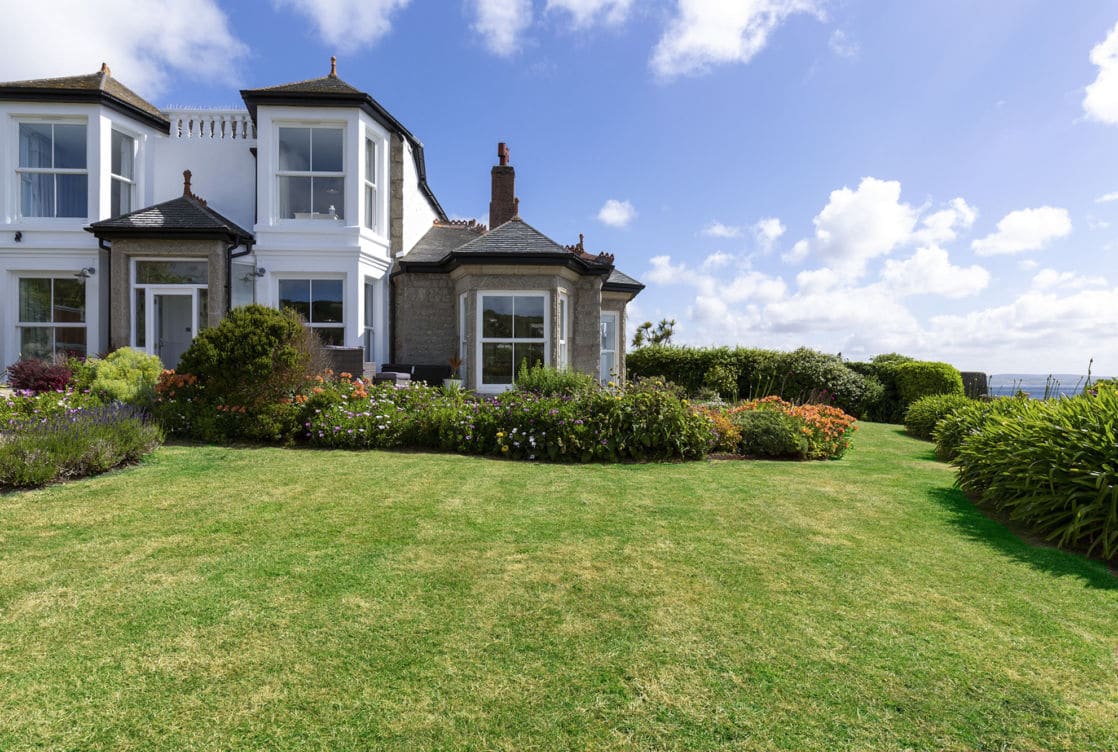 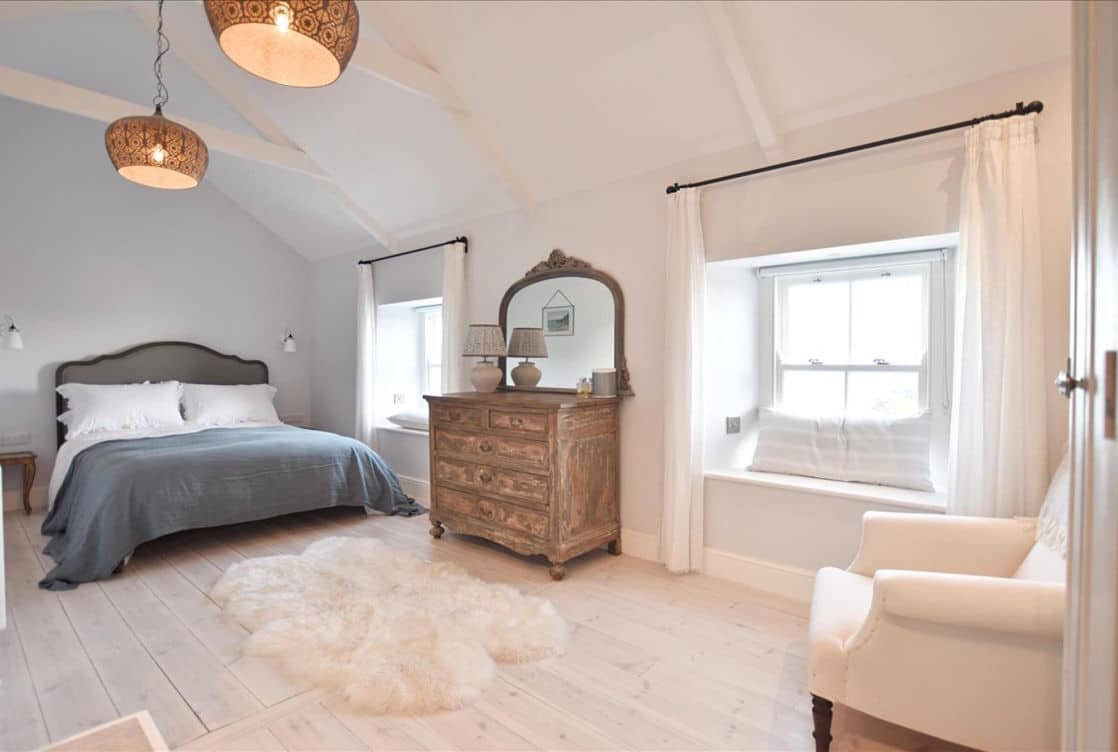 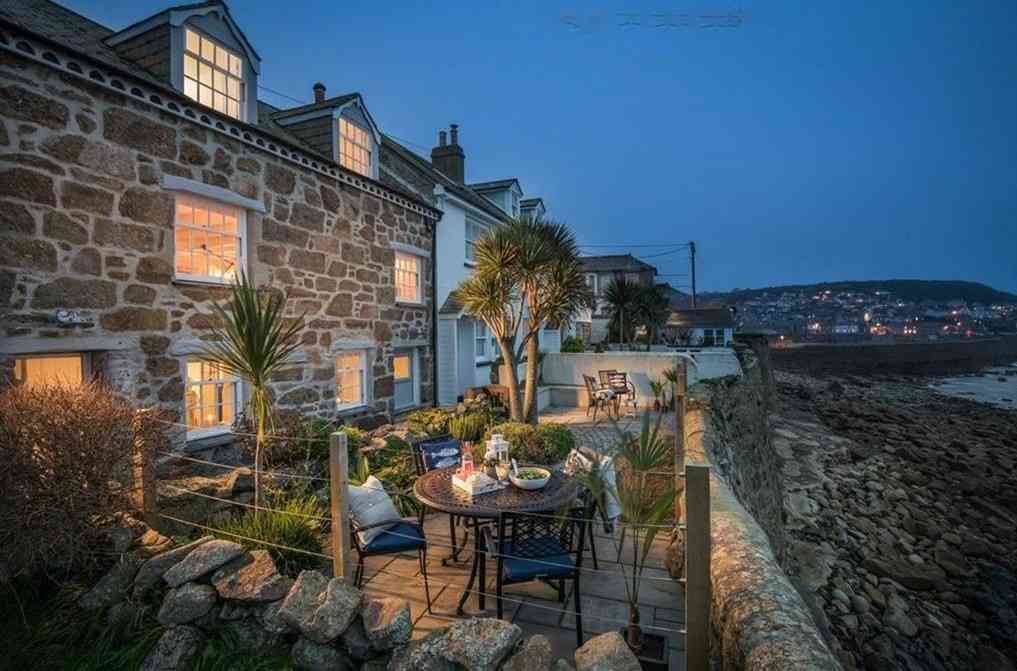 The ONLY holiday guide need when visiting Mousehole.

Explore the west coast of Cornwall, with a holiday cottage in magical Mousehole. Tiny streets of granite cottages with their slate roofs, and a pretty harbour make Mousehole (pronounced Mowzel) one of the most traditional villages on this stretch of coastline.

Once known as Porth Enys, meaning ‘port of the island’, Mousehole has a rich fishing heritage. It was the main port in Mounts Bay until the 16th century when Newlyn and Penzance grew more dominant, so it feels somehow frozen in time. However, Newlyn, a working harbour, and Penzance, are still close enough to easily visit from the village, as are Land’s End, and the beaches of Sennen.

The Welsh poet, Dylan Thomas, described Mousehole as “the loveliest village in England” and he might just be right, but why the strange name? No one really knows, but it comes from the Cornish word “Moeshayle”, meaning “young woman’s brook”. Or maybe it is because of the very small harbour reminiscent of a mouse’s hidey hole. This did not stop Spanish galleons attacking it in 1595, who virtually razed the village to the ground. It later became a key smuggling area, so it has a turbulent history.

Mousehole gets busy and at times grid-locked, so go outside the main school holidays if you can, to appreciate this traditional fishing village at its best. 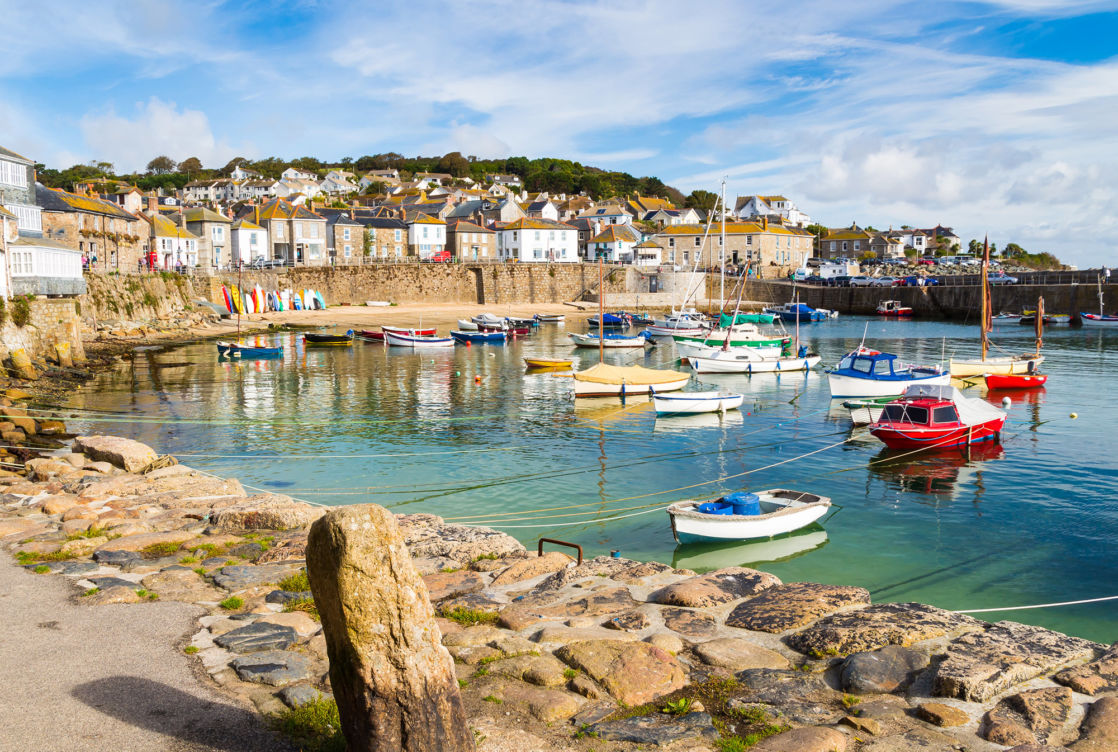 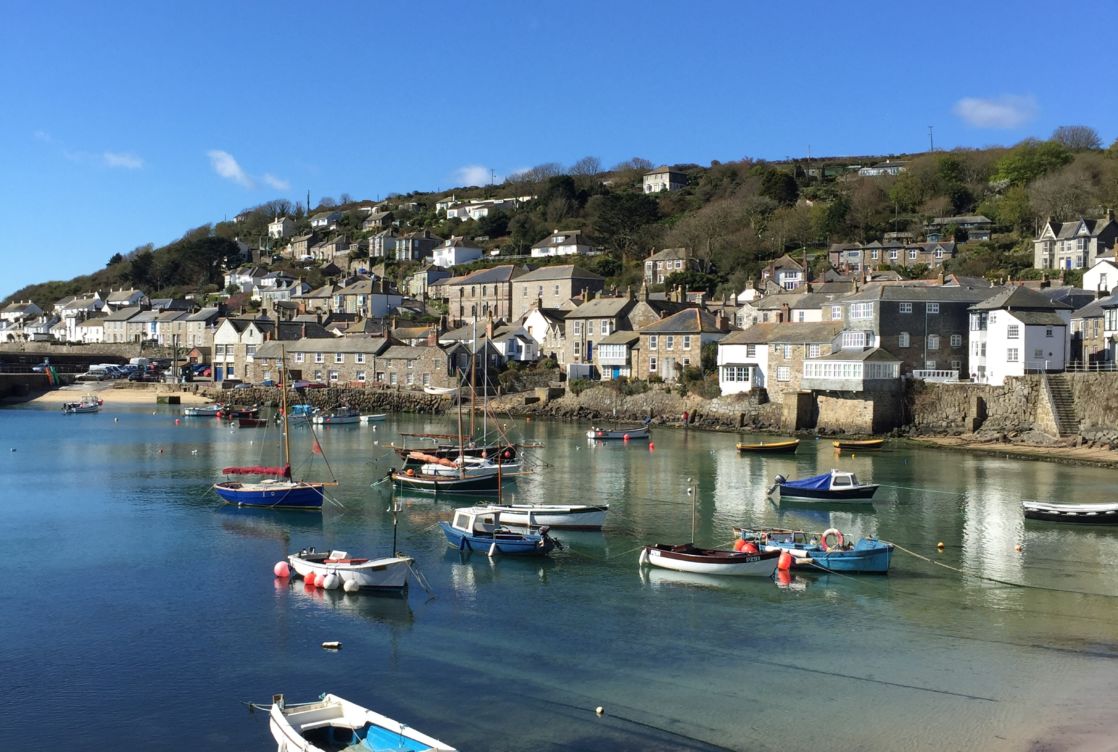 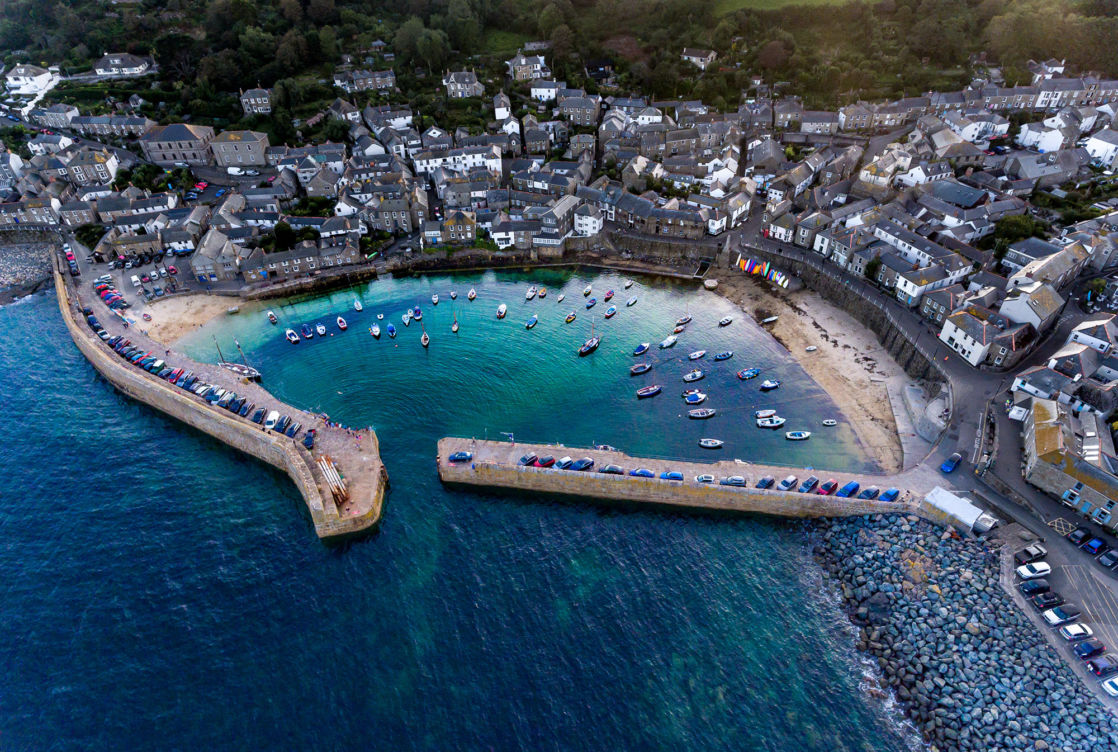 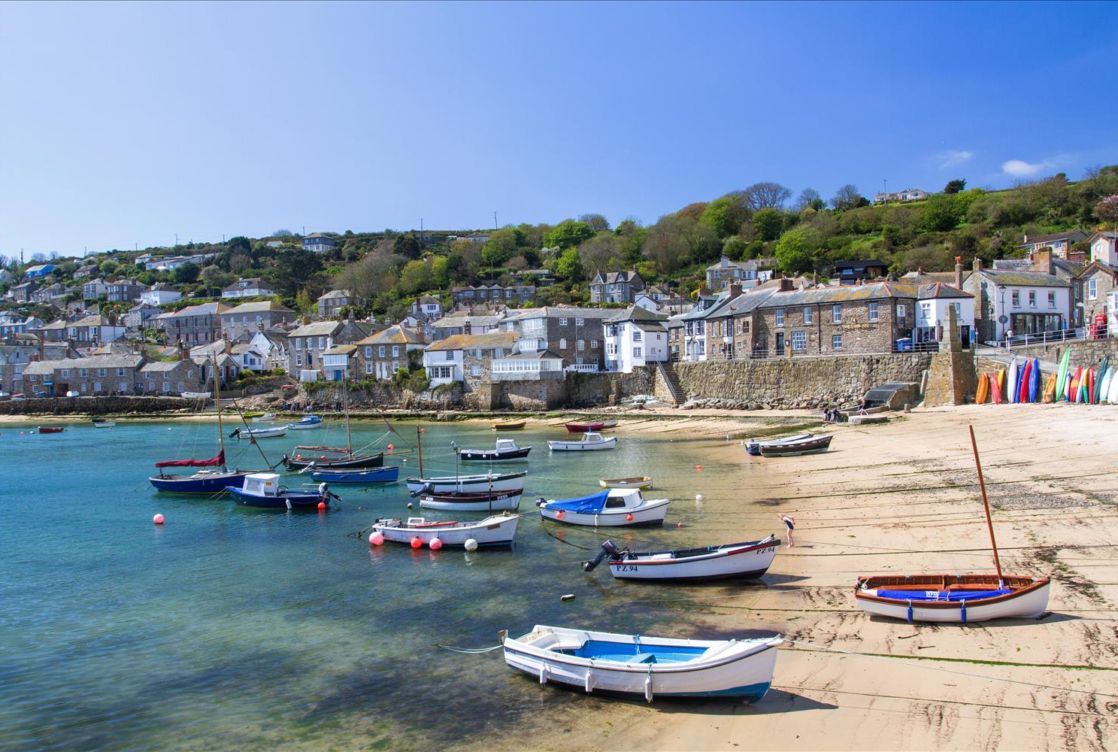 By far the easiest way is to drive to Mousehole but if you are using the train, then it’s straight through to Penzance from London (or many other cities), then a bus from Penzance bus station to the Old Coastguard Hotel in Mousehole.

The M6 service by First Kernow runs from Jew Street and stops at Mousehole, taking around 20 minutes. 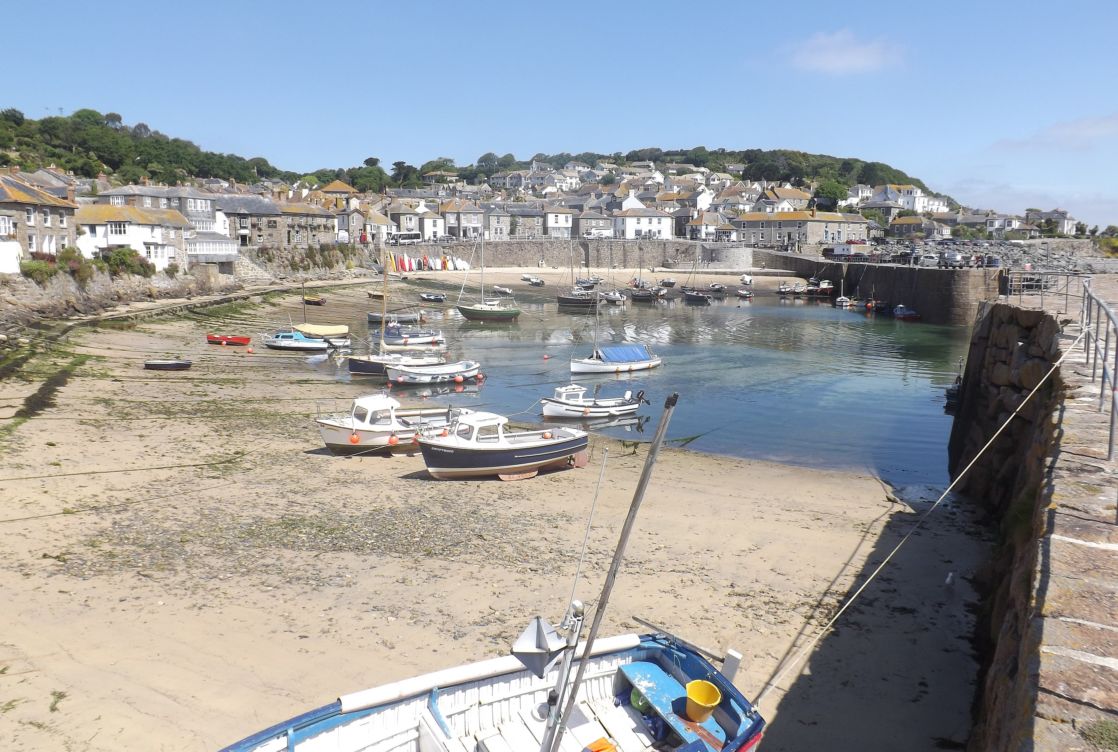 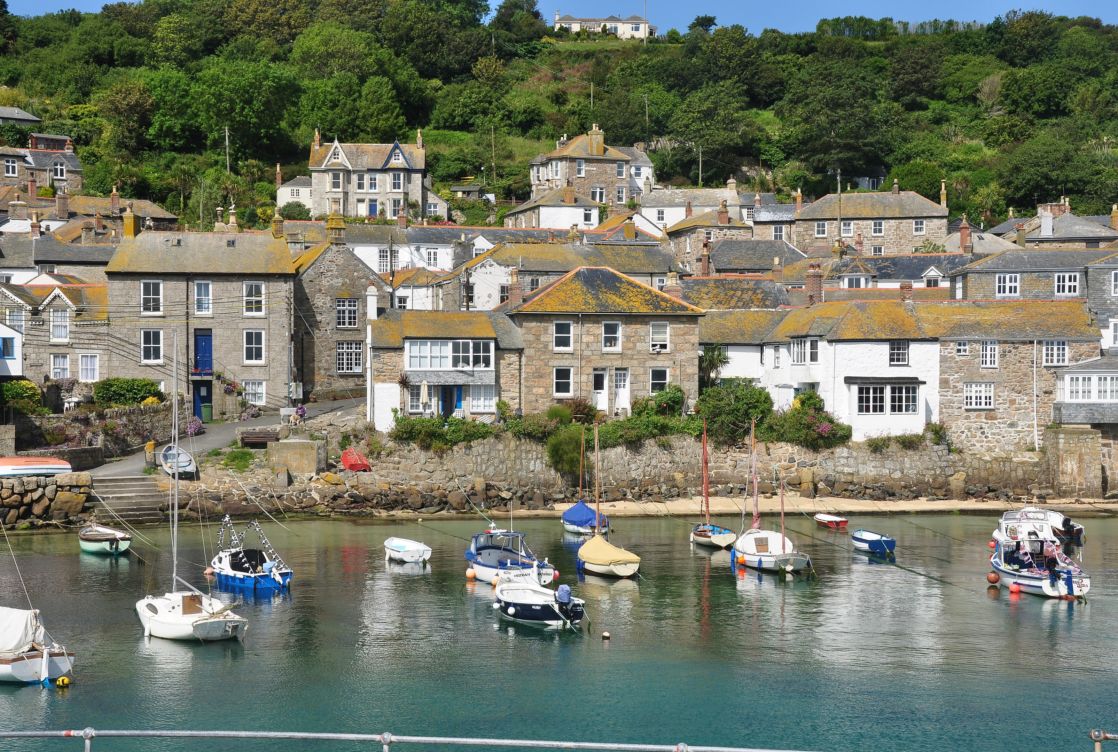 Parking is extremely tight in Mousehole, especially in summer, so accommodation with a parking place is highly recommended. Parking tariffs are not too steep but it is a private car park so they do fine for transgressions like parking over the lines. The Harbour Authority has two car parks but parking is limited and roads to it are very narrow.

North Quay Car Park is open all year and costs £3 a day. South Quay car park is not available in winter as it is used to store boats. In summer, it also costs £3 a day.

The Parade Car Park is slightly out of the centre (but not far to walk) costing £1 an hour. It has 80 spaces. Probably the best advice is to go early or later in the day before or after the crowds. You might even catch a glorious sunset.

When at its busiest, the road down to this lovely fishing village can become a bottleneck, as Mousehole existed centuries before the car, and cars these days tend to be rather large. Go on foot if you are staying here – you will probably get around faster!

If visiting for the day, and the roads and car parks are full, you might be better off parking uphill at the village of Paul where you can normally park at the side of the road. It has a church and a pub, so it is interesting in its own right, too. The walk down to Mousehole from there is lovely but the walk back up feels rather more taxing. Paul, however, is worth a view as the church contains elements from a memorial to the crew of the Penlee lifeboat lost in 1981. The last Cornish speaker, fishwife Dolly Pentreath, who died aged 102 is also remembered here. 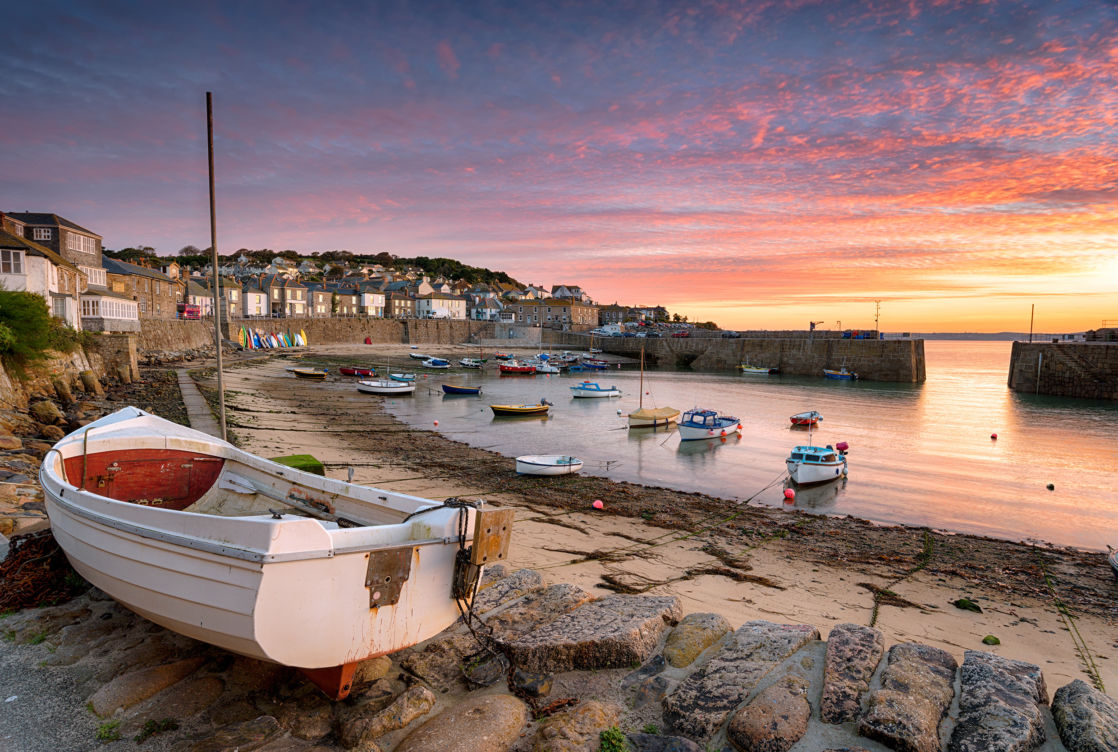 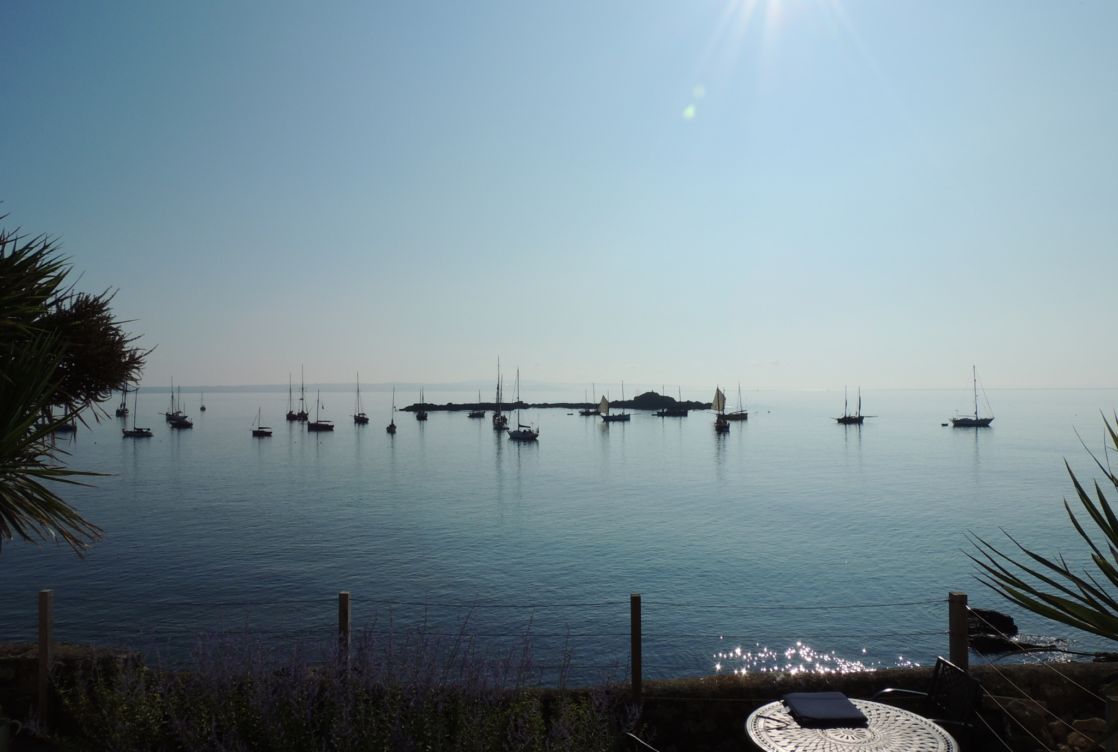 There are some lovely eateries in Mousehole. No2 Fore Street is a restaurant/ bistro with a continental feel. On the harbour front, with views towards Mount’s Bay, there is also a secluded garden. Offerings reflect the freshest local produce, such as crab salad or lemon sole. Also good for a cuppa or a glass or two of wine.

Four Teas Cafe is a traditional 1940s inspired cafe run by a husband and wife team. Inspired by the 1940s, the focus is on traditional food with great service. Perfect for a light lunch, afternoon tea or a snack. 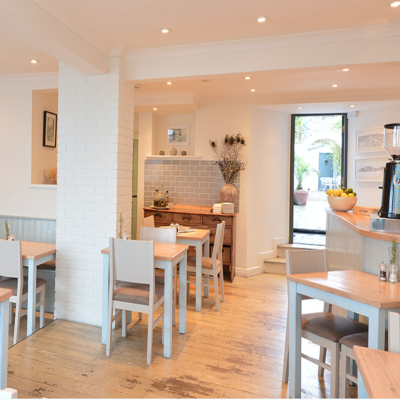 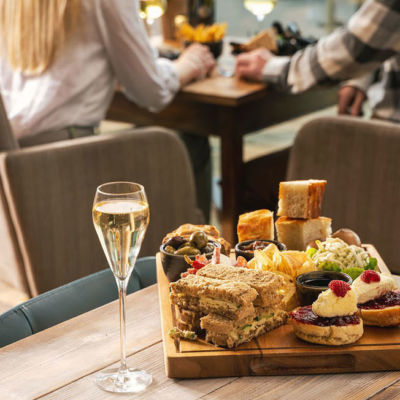 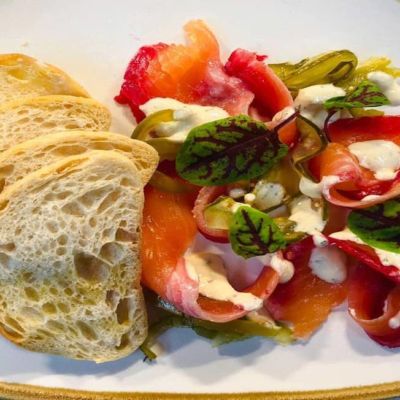 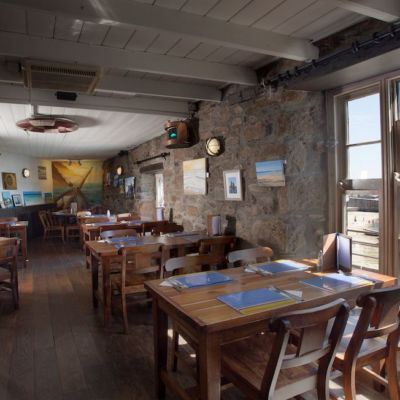 Meanwhile, the Ship Inn is for pub classics, homely food using the freshest ingredients. The inn became the honeymoon pub of choice for the poet Dylan Thomas and his wife, Caitlin, who married in Penzance in 1937, much to her father’s chagrin. Dylan’s Corner (of the bar) in the pub pays homage to the memory. Check out the Fitzroy Barometer set into the wall of the building.

For dining in at home, takeaway or eating out, don’t forget the Hole Foods Deli, located on the harbour front with incredible views. Here you will find heartwarming stews, pasties, fish and chips, etc., plus traditional Cornish cream teas.

Quintessentially Cornish, Mousehole is a photographer’s dream, so get your camera or phone out and start snapping. With its maze of quaint streets, and picturesque harbour, it is wonderful just strolling around seeking out views of hidden coves, and enjoying the labyrinth of buildings which often hold hidden gems (items for sale, window displays and so on).

Mousehole is pretty safe in terms of traffic as snail-like cars wind their way understandably gently and gingerly along the narrow roads. Sitting on the harbour wall is a good spot for crabbing, with equipment available from local shops. Swimming is an option (wetsuits probably useful).

Swimming is local but other watersports are available not too far away – try Sennen for surfing. 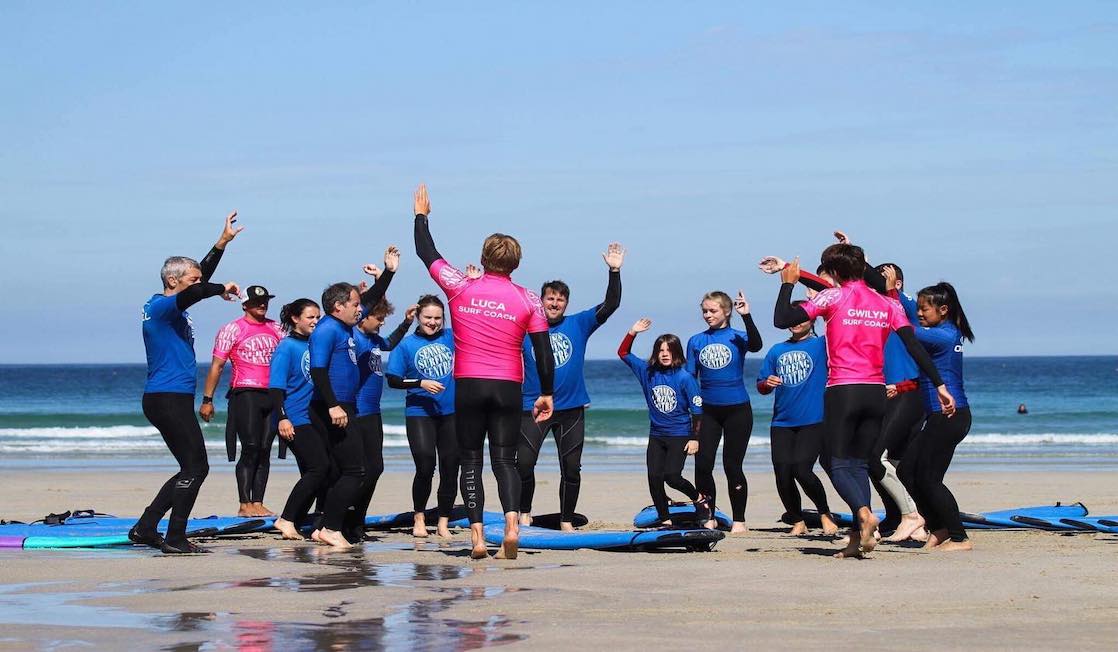 The Tyler Gallery is one of the leading galleries in Cornwall for contemporary fine art. It specialises in artwork by modern, contemporary artists and features a wide range of both established and up and coming Cornish artists. 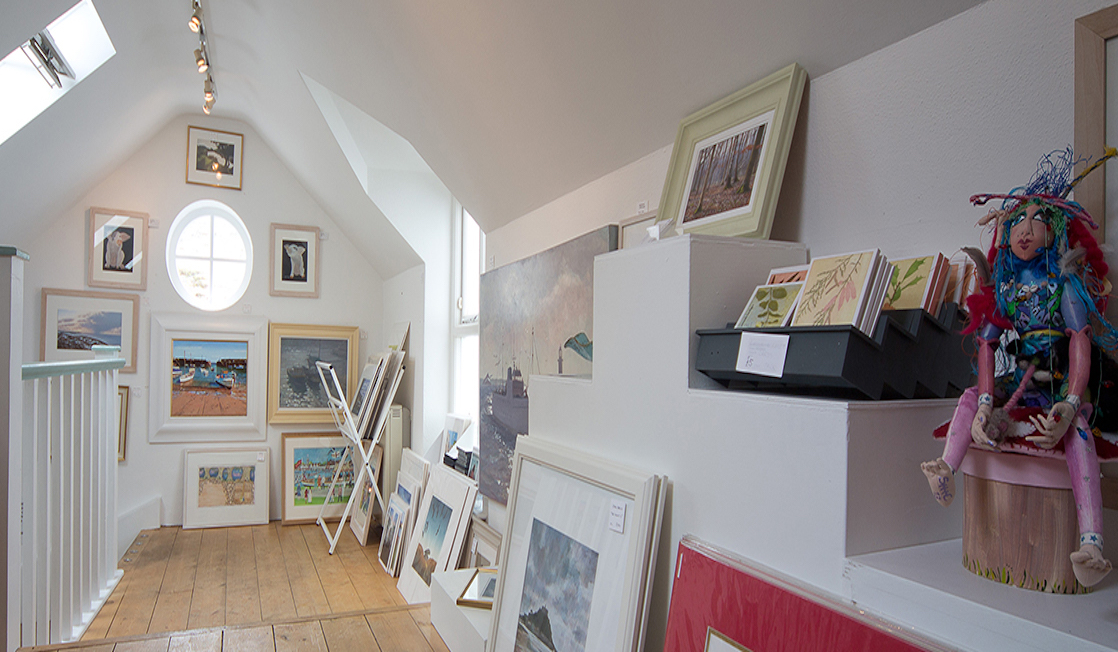 The Little Pictures Gallery focuses on the representational and naive. For the serious art lovers, Tate St Ives is around 12 miles away, and of course Newlyn Art Gallery is nearby. Remember the Cornwall grows very narrow this far west, and is the area best known for its artistic communities.

Mousehole has two beaches but it is rather more famed for its picturesque harbour setting. There is a pebble beach in front of the Old Coastguard Hotel and a small, sheltered, safe and surprisingly sandy beach in the harbour, with crystal clear waters. Dogs are banned from this beach all year, which may be why it is popular with families of small children. Anchor ropes keep the boats in place, reminiscent of Port Isaac.

The beach is rarely crowded as most day visitors come to see the traditional narrow streets, and village setting rather than to sunbathe or relax on the beach. Please note there is no lifeguard service. Seaswim, Cornwall advises on cold water swimming from Mousehole to St Clement’s Isle, a very tiny island in Mount’s Bay, offers a 1-1.5km sea swim – there may be seals.

The Mousehole Gift Shop is much-photographed, so don’t miss it. This pretty whitewashed building is situated on Quay Street, just above the Harbour Beach. 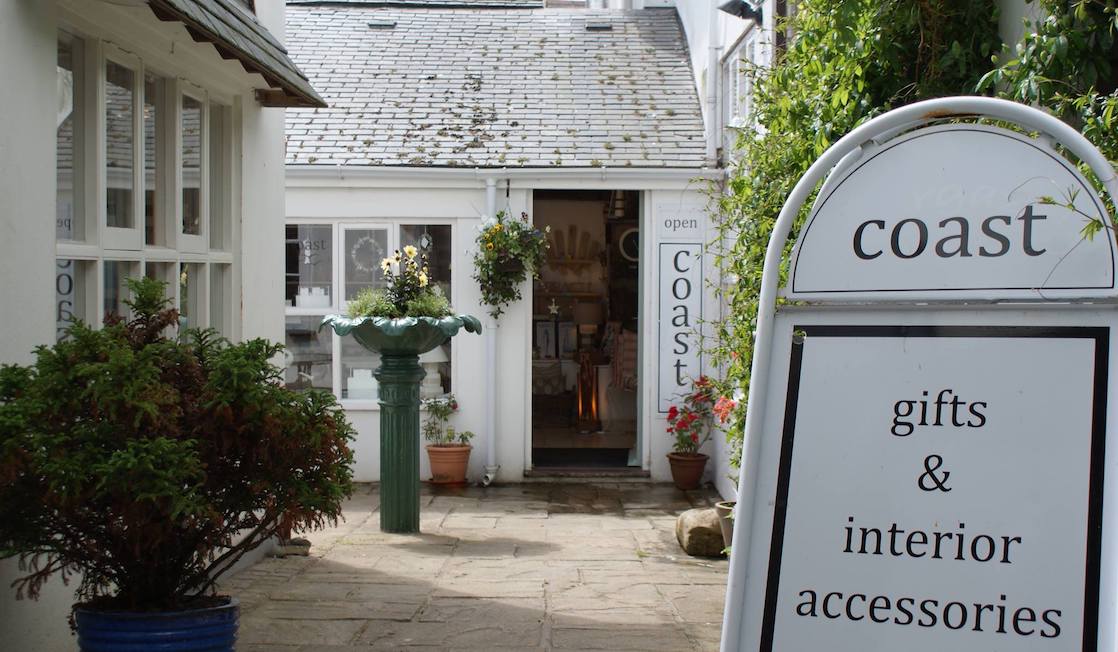 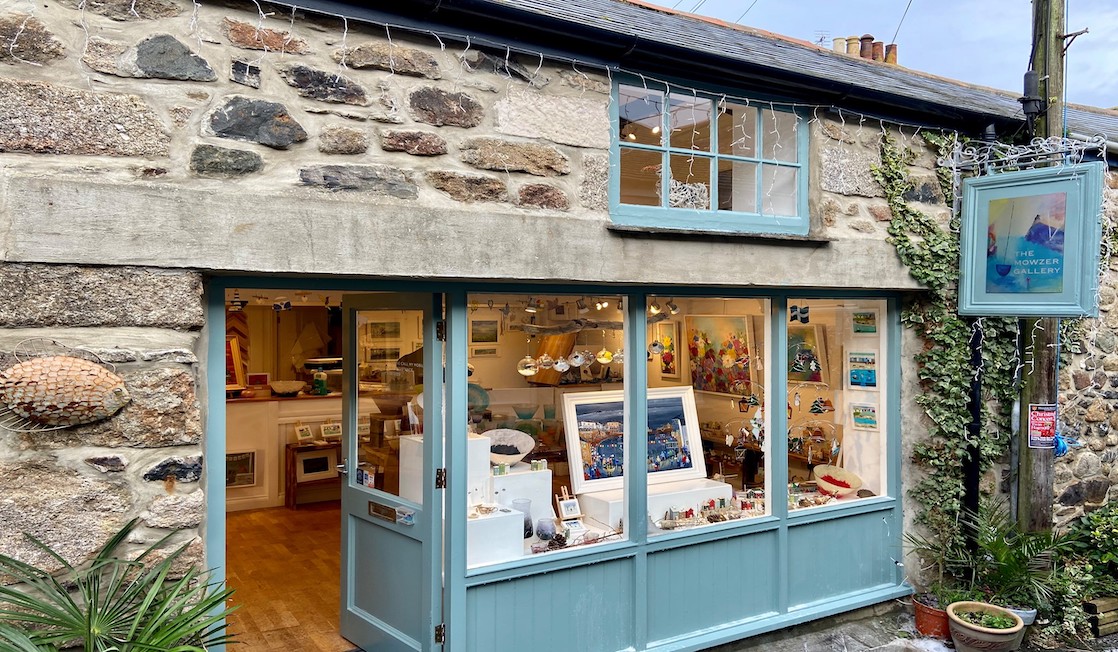 The harbour is lovely even on a rainy day. Otherwise, hop in the car and visit the Minack Theatre, the stunning beach at Porthcurno (where the popular series, Poldark, is filmed) but if you want to go indoors, try the amazing Museum of Global Communications to see how Cornwall got connected. Porthleven Harbour and St Michael’s Mount are also well worth a visit while you’re in Mousehole. St Ives is only a short drive away (12 miles) but much busier.

From South Quay in Mousehole, you can go Cormorant Cruising. Boat trips provide the chance to explore this magnificent coastline onboard the Cormorant. Look out for basking sharks, seals, seabirds and even dolphins.

The Mousehole Wild Bird Hospital cares for over 1000 sick and injured birds a year. It was founded by Phyllis and Dorothy Yglesias in 1928, but became famous during the Torrey Canyon oil spillage disaster of 1967, when over 8,000 sea birds covered in oil passed through the hospital. Show your support and see some friends of the feathered variety. 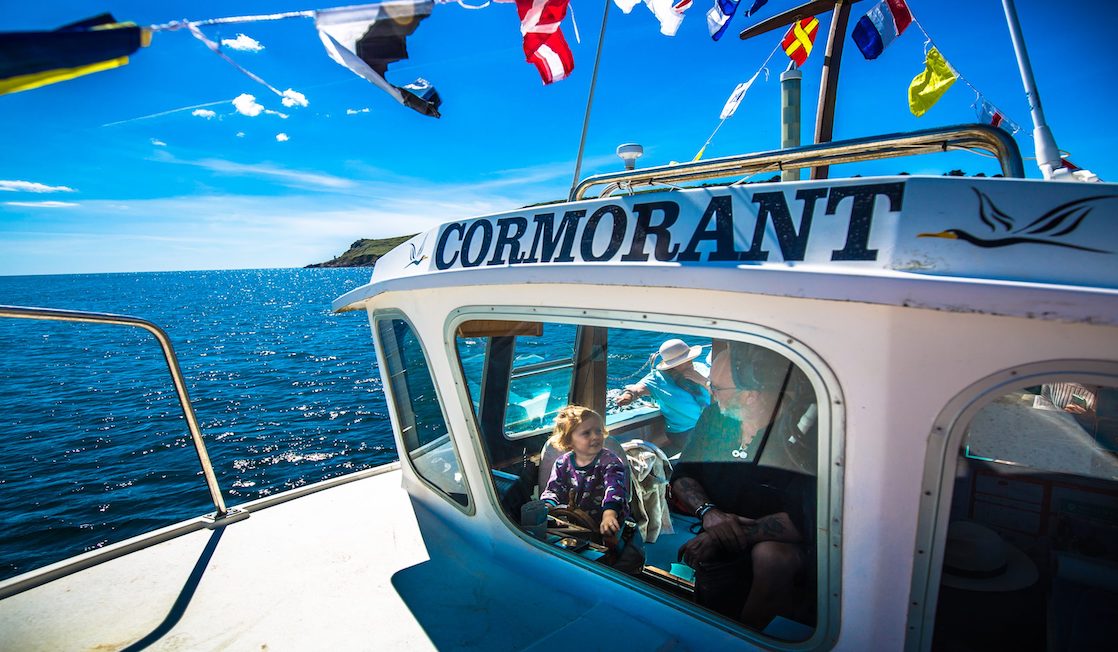 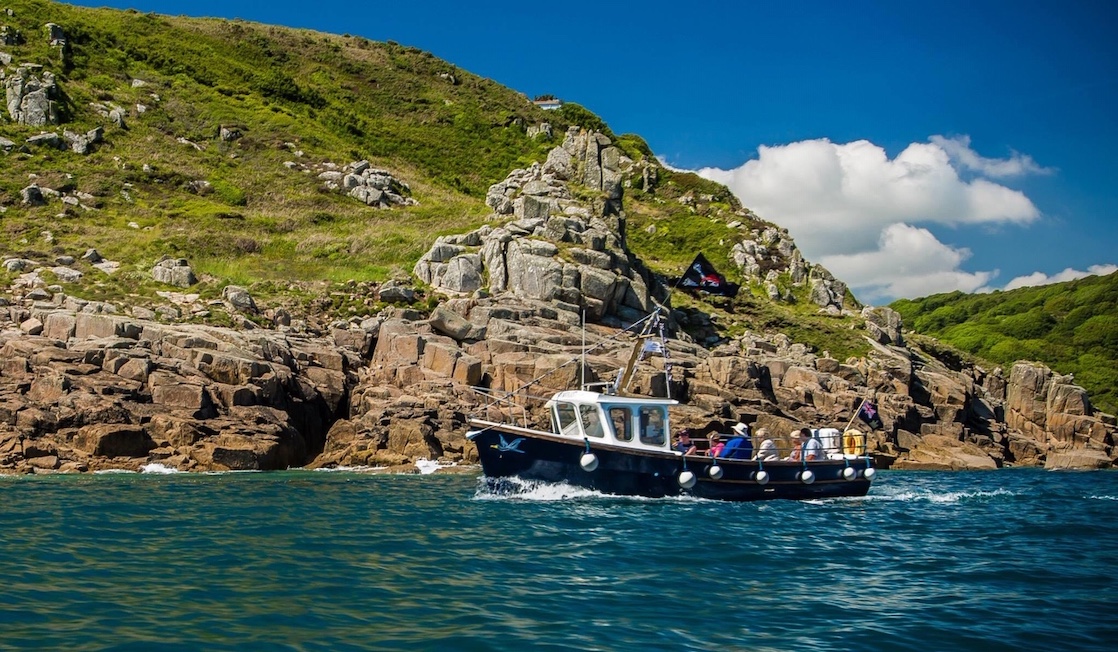 Why not try the circular walk from Mousehole to lovely Lamorna Cove? It is quite steep (moderate to strenuous) through the Kemyel Crease nature reserve on to the cliffs of Lamorna, with a return route through granite quarries and fields with views to St Clement’s Isle and St Michael’s mount.

Mousehole to Penlee Point walk is much shorter (0.4 km). It was the location of the Old Penlee RNLI station and the launching point of the Penlee lifeboat that was lost in 1981.

It is worth seeing the stone circle of the Merry Maidens nearby, which date back to Late Neolithic Times (sometimes called ‘Dawn’s Men’). Situated in a field, legend tells us that these rocks were once maidens who danced on a Sunday, breaking the rules of the Sabbath, so were turned to stone.

Mousehole Heritage Walks offers a guided walking tour of the village so you don’t miss out on its history, so step back in time and find out more.

Children will enjoy the story of The Mousehole Cat, a children’s book written by Antonia Barber, which is based on the story of Cornish fisherman, Tom Bawcock and his stargazy pie which fed starving villagers! The Ship Inn gives some out for free on 23rd December each year. 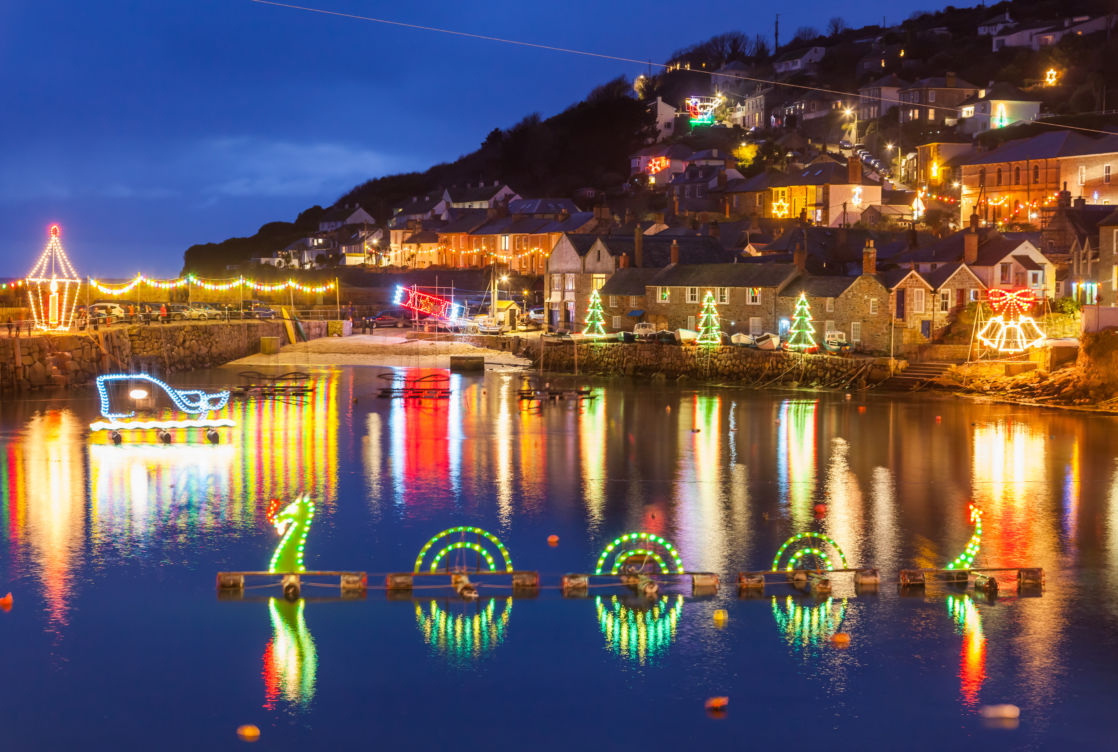 December is a poignant time, when visitors will see the spectacle of the volunteer-run Mousehole Christmas Lights, where the cottages, the harbour, the hillside and the cross on St Clement’s Isle are decorated with weird and wonderful sights, such as light up whales, and serpents among the lanterns. The switch on is mid-December and the lights are on from 5pm-10pm daily.

Parking is impossible so it means park and ride from Penzance unless you are lucky enough to be staying in one of our gorgeous cottages. On the 19th December the lights are turned off for an hour between 8 and 9pm in memory of the crew of the Solomon Browne, the Penlee lifeboat that was lost with all hands on that day in 1981 whilst attempting to rescue the crew of the Union Star off Lamorna where it had sailed too close to rocks at Tater Dhu. Nearly all the crew of the lifeboat were from Mousehole including the pub landlord, Charles Greenhaugh, to whom there is a plaque on the wall of the Ship Inn.

Weatherwise, the best time to visit Mousehole is June-October. The highest average temperature in Mousehole is 17°C in July and the lowest is 9°C in February.

The harbour has two public toilets, run by the Harbour Authority on behalf of the community. The North Pier Toilets are open all year round and include disabled facilities. The South Pier (Gurnick Street) toilets are only open during the summer season (March – September) and during the display of the Christmas lights.

A coin operated shower is available to visitors at the South Quay toilets during the season. 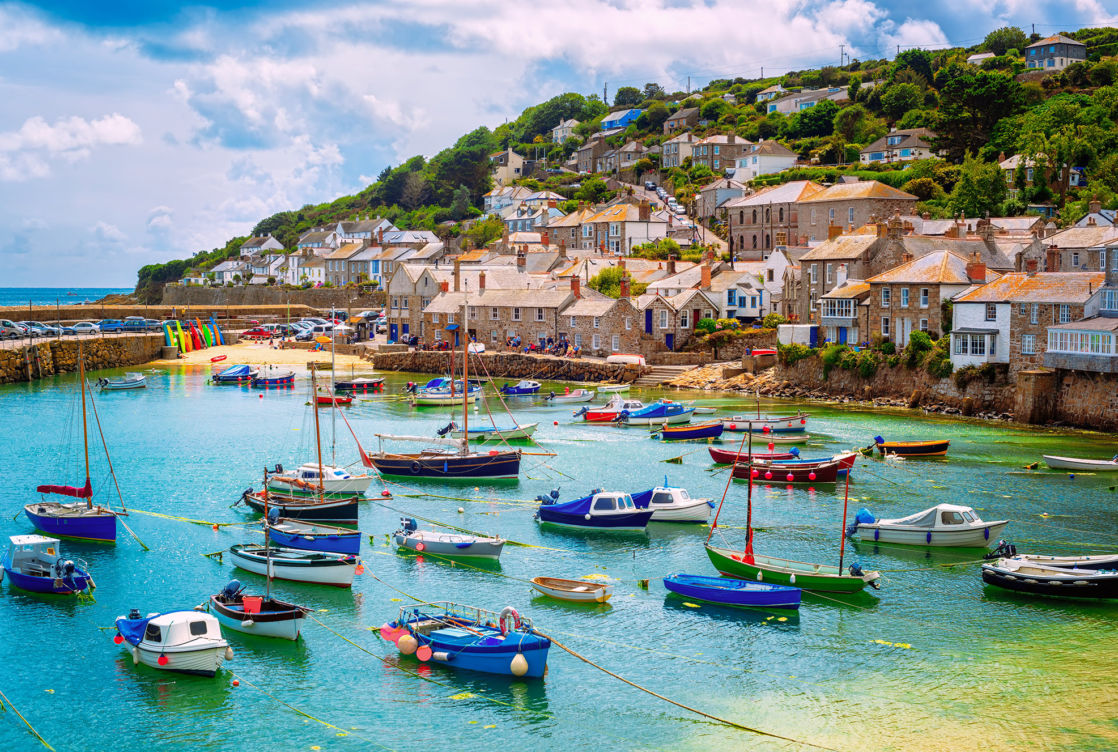