Why you should visit Port Isaac?

Pretty Port Isaac – Porth Izzick in Cornish – is a popular, bustling little village, with a quaint but quintessential flavour of Cornwall’s past, in North Cornwall. Starting as a fishing village in the 14th century, it’s steeped in history and in the literal sense too, with plenty of narrow winding lanes.

A place that has to be seen to be believed, snake the narrow lanes down to the medieval harbour and slipway, passing a cluster of traditional cob and granite and slate-fronted houses, all sitting pretty. Squeezy Belly Alley is a lane that runs from Fore Street to Dolphin Street, tucked away in an enchanting maze of tiny passageways and higgledy-piggledy cottages.

Port Isaac and neighbouring Port Gaverne are both within an Area of Outstanding Natural Beauty and Heritage Coast Area, so there are some beautiful walks along the coast and further inland for you to enjoy.

Port Isaac has been put on the map by the hugely popular TV series, Doc Martin. Fictionally known as Portwenn, it’s now a well-known as a filming location. 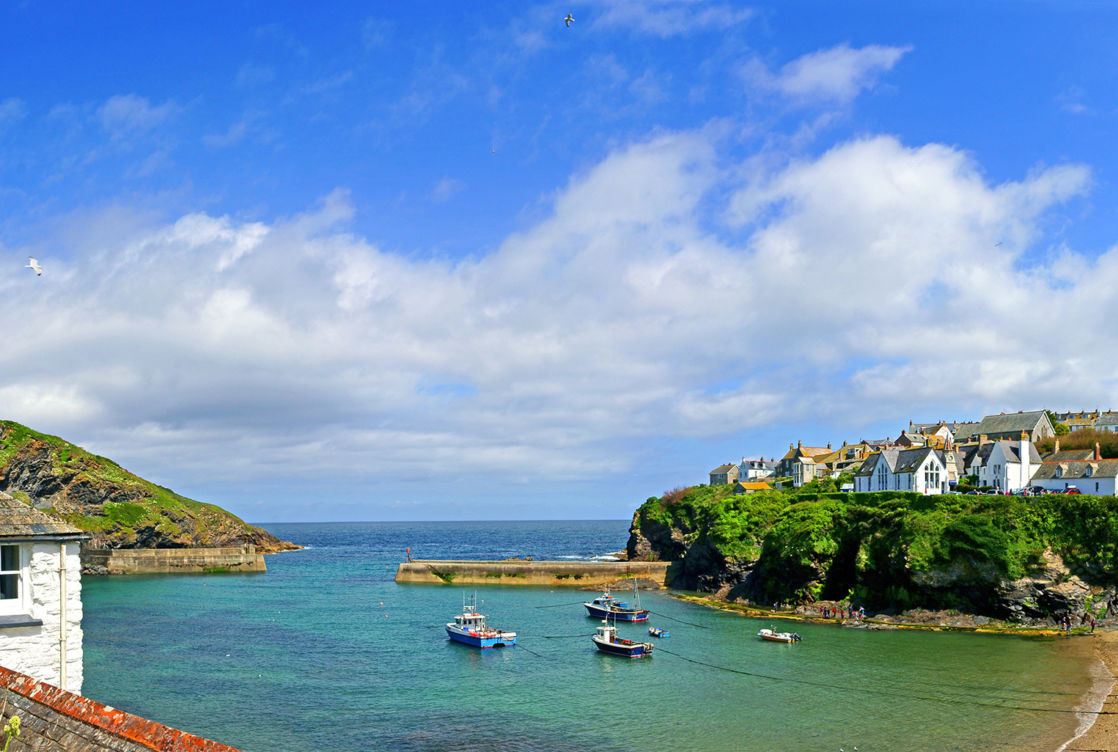 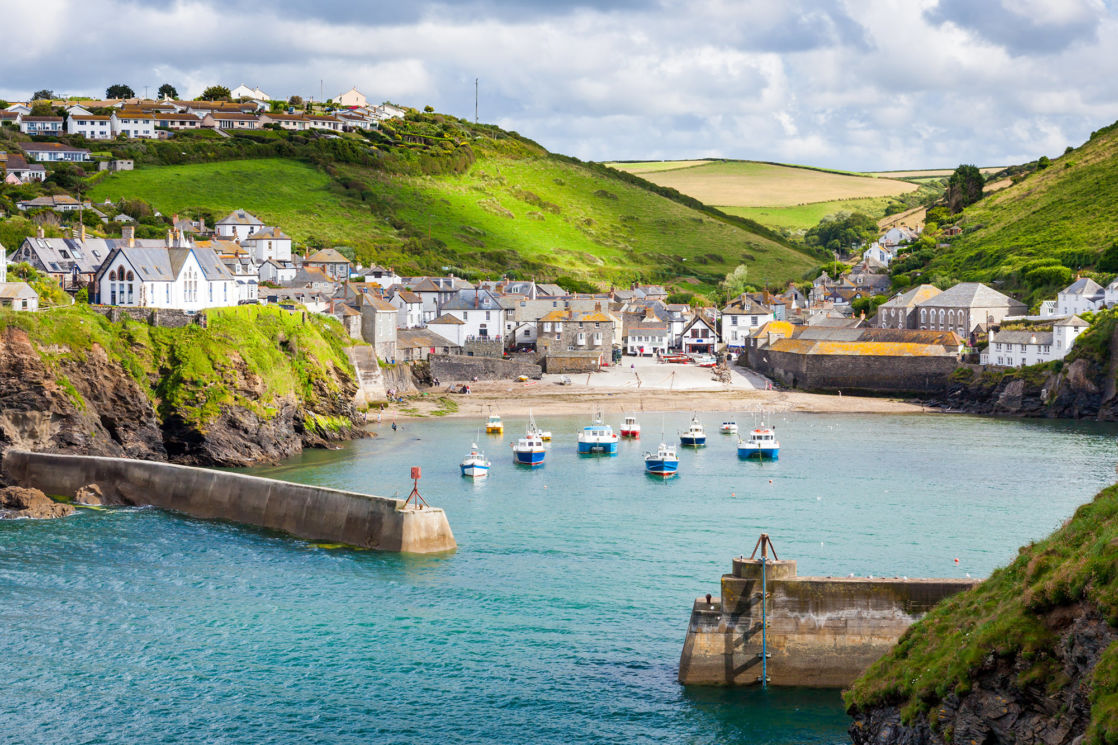 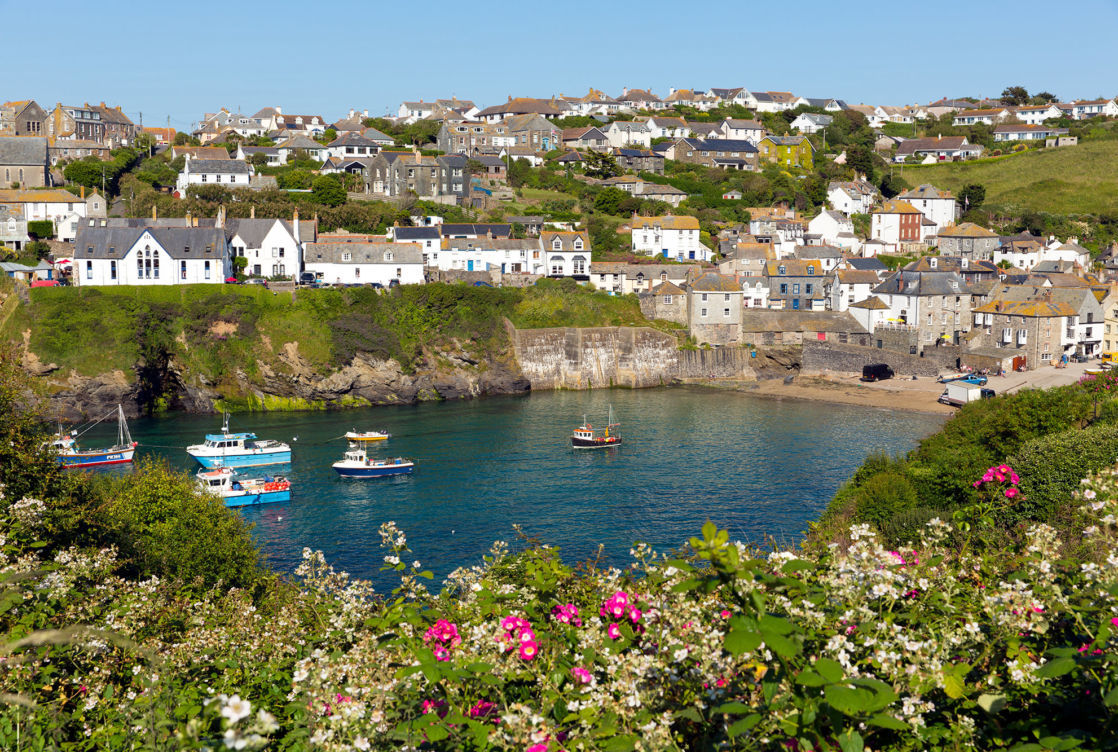 How to get here

The A30 is the dual carriageway from the M5 to Bodmin, with the Atlantic Highway A39 connecting Bude, Wadebridge and Padstow. Alternatively, opt for the A39 to Bude at Junction 27 on the M5 and then head out on the A39.

The nearest train station to Port Isaac is Bodmin Parkway, which is about 40 minutes away. A train journey from London Paddington Station is approximately four hours.

Where to park in Port Isaac

Unfortunately parking and Port Isaac don’t go well together due to its narrow streets. It is not recommended to drive down towards the beach unless absolutely necessary, but there are two car parks a short walk away.

The Main Car Park is on the righthand side as you enter the village on Trewetha Lane. There are 139 spaces, plus an additional 40 spaces in an overflow site. Prices start from £3 for 3 hours and up to £10 for 24 hours. It’s then a 10-minute walk to the harbour.
New Road Car Park is operated by Cornwall Council and has just shy of 100 spaces. It’s an easy walk to the harbour, which will take 5-10 minutes. In peak season parking cost 80p for an hour and £5.30 for 24 hours.

For a small village, Port Isaac really packs in some great places to eat and being a working harbour, it really knows how to do seafood! Support the Cornish fishing industry with a visit to Fresh From the Sea, which specialises in sustainable catches and crab and lobster cooked on the premises.

Expect traditional pubs too, The Slipway is as close to the beach as it gets, while The Golden Lion inn has wonderful harbour views and is packed with original features. If it’s fine dining you’re after, Nathan Outlaw has not one but two restaurants here, both boasting a Michelin star. Outlaw’s New Road features a set menu of local seafood and a commitment to sustainability. His second restaurant, Outlaw’s Fish Kitchen, is a 15th-century fisherman’s cottage overlooking Port Isaac’s harbour and specialising in a menu of unique dishes using local fresh seafood. Or for a more casual dinner, check out The Angry Anchovy on New Road for its relaxed atmosphere and tasty handmade, thin crust pizzas. 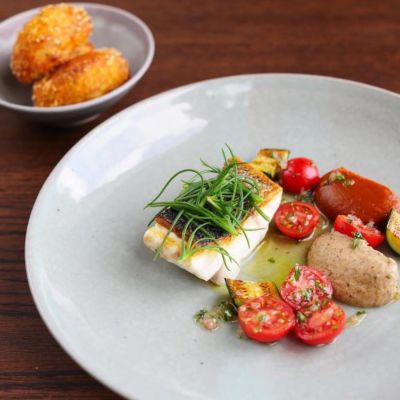 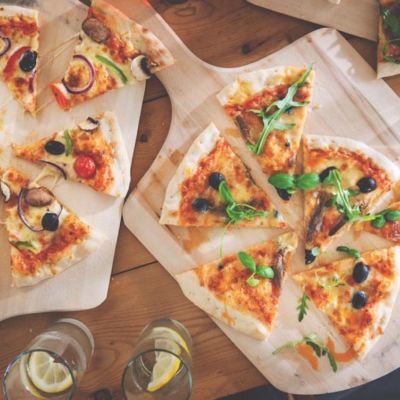 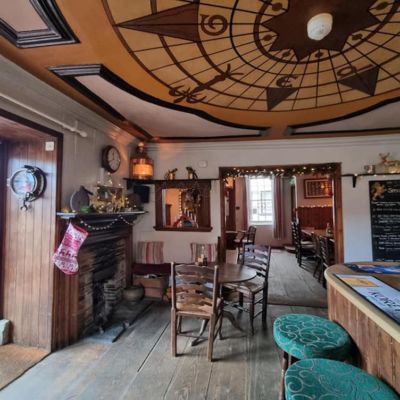 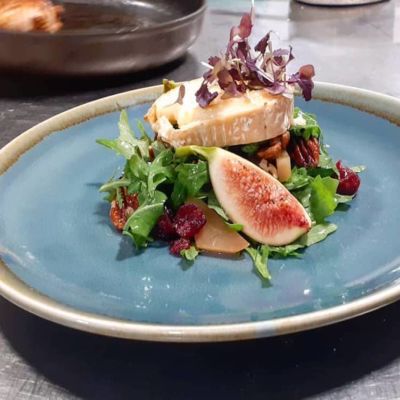 For breakfast set yourself up for the day and head to The Mote on Fore Street for a full English of Cornish-sized portions. For something sweet, The Cornish Cove serves up delicious traditional cream teas, take them down to the harbour and enjoy with a view – a must when in Cornwall. It would be rude not to try another Cornish delicacy… the humble pasty. Drop by Nicky B’s Pasty Shop on Fore Street, there are plenty of options including gluten free and vegan too.

Nearby Port Gaverne also has a restaurant and cafe, making it a perfect spot for an afternoon of fun. Pilchards cafe serves a range of light bites and drinks, whilst the Port Gaverne Restaurant has a select menu of dishes, proudly made with the best locally sourced ingredients. 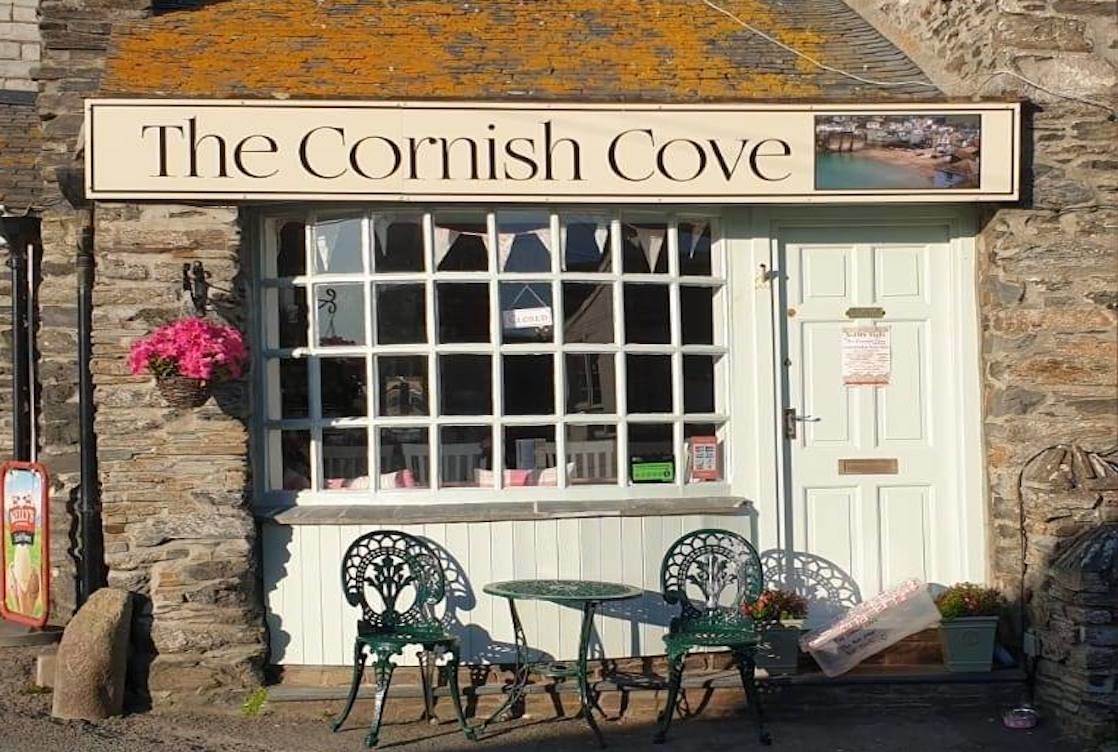 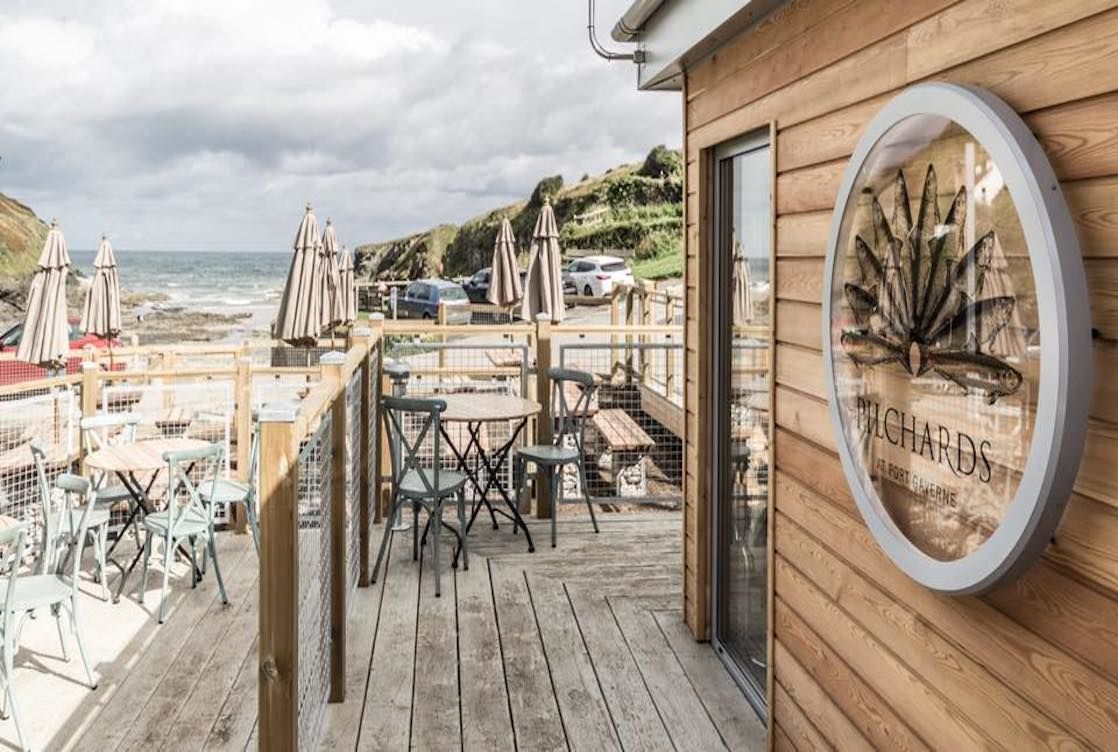 What to do in Port Isaac

Kids will love discovering the rockpools at Port Gaverne Beach. This National Trust owned beach is wonderfully sheltered with plenty of sand at low tide for sandcastle competitions.

A self-guided treasure hunt walking trail around Port Isaac is a good way to spend an afternoon with inquisitive little ones, the 1.5-mile ‘loop’ Trail (takes 1.5 hours to complete at your own pace).

A short drive north will find you steeped in the history, legends and folklore at Tintagel. English Heritage’s famous Tintagel Castle has recently opened its new bridge, where you can explore the legend of King Arthur, whilst taking in the magnificent views out to the Atlantic Ocean. 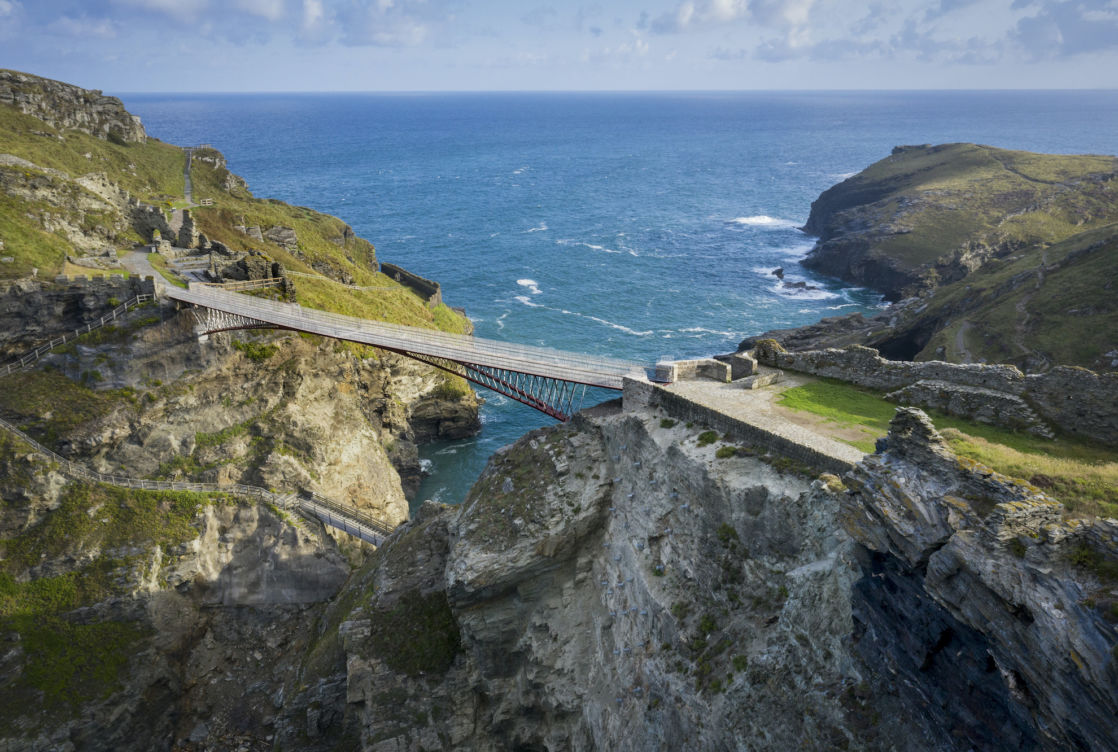 You’re spoilt for choice in a watersport wonderland in and around Port Isaac. The Port Isaac surf school, Wavehunters, provides lessons here for surfing and stand up paddle-boarding. They also operate boat tours of the area and even have outdoor fitness classes, including yoga on the beach for when it is time to unwind.

Nearby, based at Port Gaverne, Cornish Rock Tors has 15 years’ experience running adventure activities including coasteering, sea kayaking, stand-up paddle boarding and sea swimming, so there’s something for every water baby. 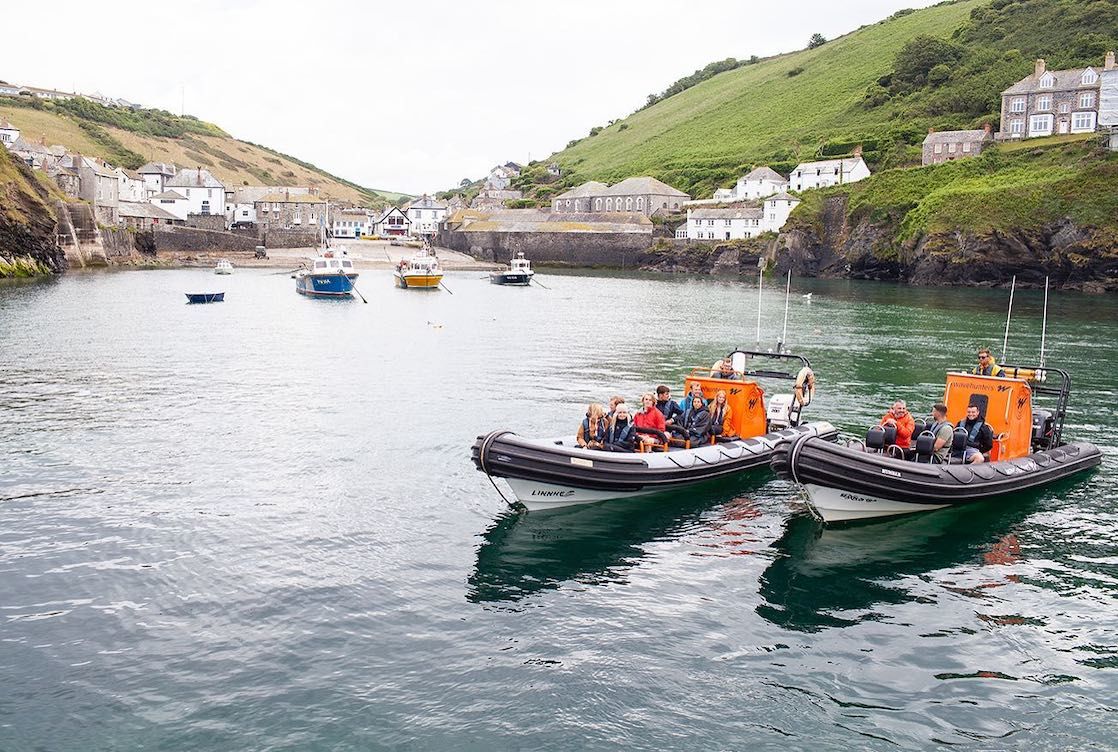 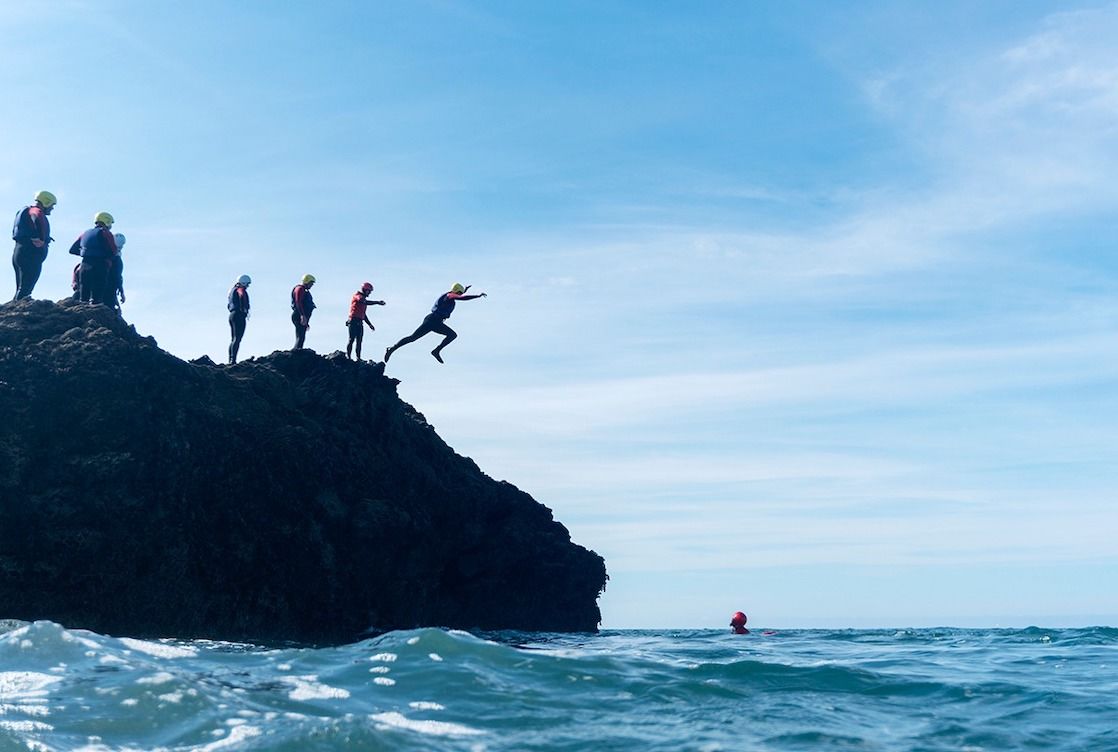 Cliffside Gallery was set up in 1997 by artist Katie Childs. Inspired by the landscape around her, expect plenty of colours and texture in oil pastel and collage mediums.

Artist Martyn Dempsey has been painting in Cornwall for over twenty years, with a unique style, motivated by his surroundings his paintings are hugely popular across the world. His studio is on Fore Street. 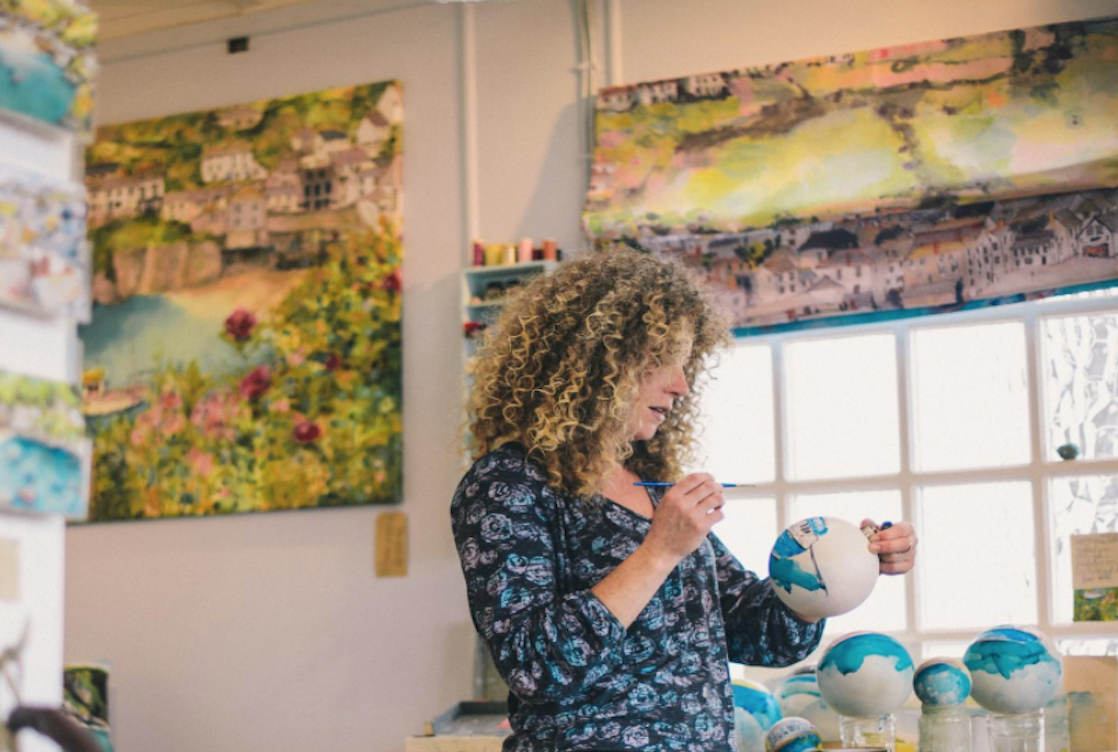 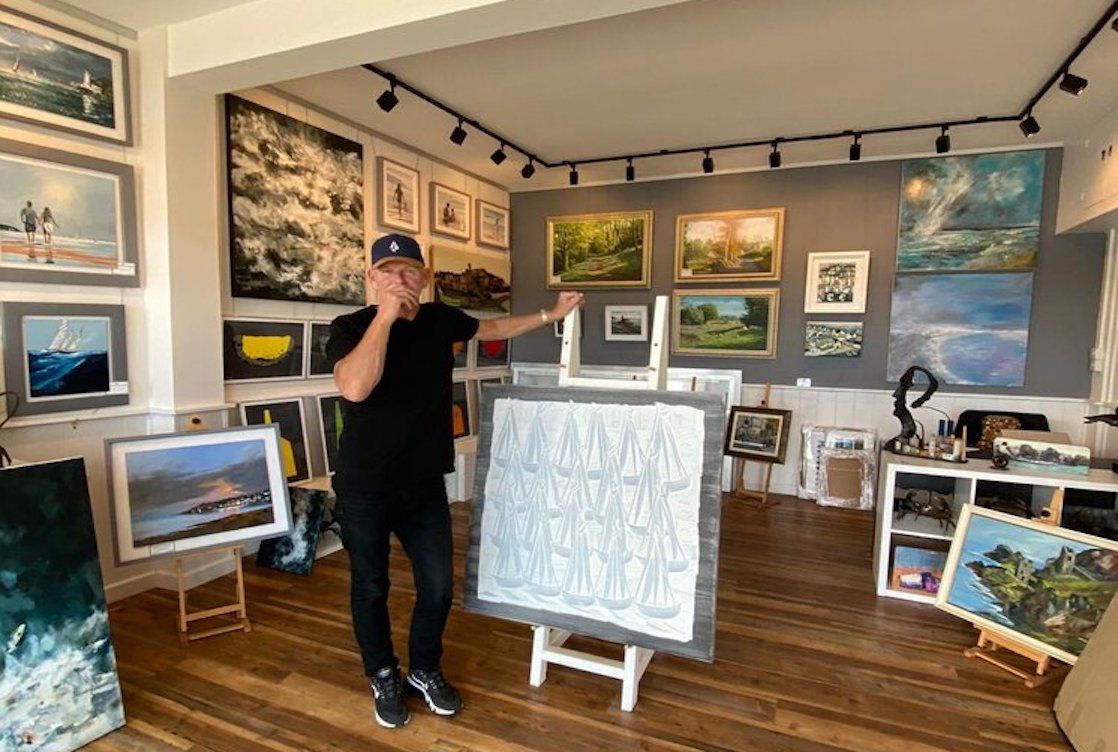 Port Isaac is a somewhat sheltered beach by the high cliffs. At low tide it stretches out to the piers, displaying golden sand. There’s also a small stream and rockpools galore for kids to explore, alongside resting fishing boats.

Just around the corner from Port Isaac, roughly half a mile to the east, pick up the South West Coast Path and follow it to neighbouring Port Gaverne. A dog-friendly beach, moderately sheltered, there are more rockpools to be discovered and some enchanting caves too.

The headland at Port Gaverne, March 2021

Sea lovers will also appreciate the small beach of Port Quinn, which is managed by The National Trust. Around three miles from Port Isaac, it’s only accessible at low tide when rock pools appear.

For a larger bay, head to award-winning beach Polzeath, which is easily accessible and a 15-minute drive from Port Isaac. Famed for its slow-breaking surfing waves, the beach is sandy, with half a mile in each direction to enjoy at low tide, and virtually nothing at high tide.

View of Port Quin Bay from The Rumps at Pentire, Cornwall

Distant view of Stepper Point across winter seas from the beach at Polzeath, North Cornwall

For an afternoon of browsing, pretty Port Isaac has some wonderful independent stores. For your quintessential seaside gift shop head to The Boathouse on Fore Street, full of Port Isaac inspired merchandise such as china mugs, t-shirts and homewares. The Peapod on New Road is also full of gifts galore, expect beautiful handbags, lovely scarves and nautical home accessories.

If you’re after some local threads, then look no further than Port Isaac Trading, stocking casual t-shirts, beanies and jumpers all designed and made in Cornwall. Surfers are well catered for too with Wavehunters surf shop on Fore Street, selling branded garments perfect for days on the coast.

Be sure to swing into Harbour Treats too, home of award-winning fudge, ice cream as well as traditional sweets and handmade Cornish crafts and gifts. Doc Martin fans will also recognise it as Portwenn’s Chemist.

A trip to Cornwall isn’t complete without paying a visit to a farm shop. Trevathan Farm is just on the outskirts of Port Isaac and offers quality local produce, such as homemade jams made with their homegrown strawberries, honey, cheeses, fudge, free range eggs and Cornish clotted cream. 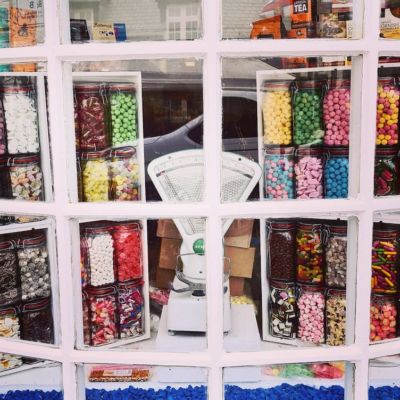 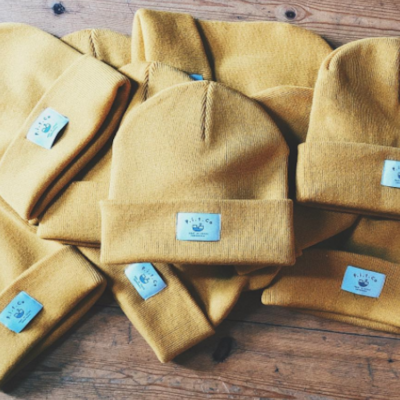 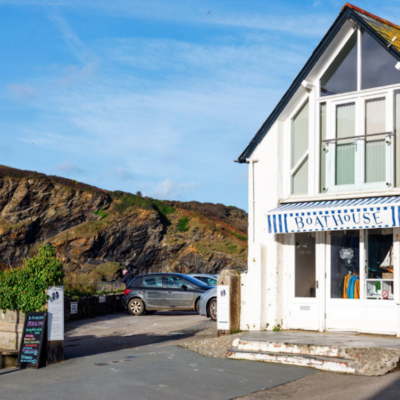 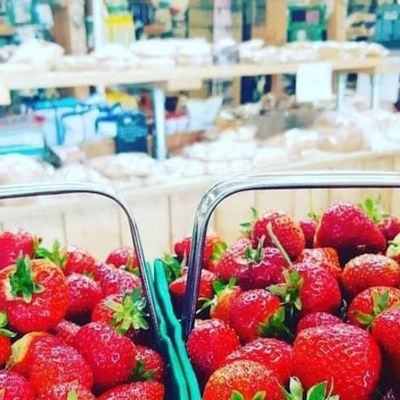 Things to do on rainy days in Port Isaac

Boscastle is just over a 20-minute drive away, the unique The Museum of Witchcraft and Magic which is a well-loved, independent museum, situated here since 1960 is full of magical, occult and supernatural artefacts. The perfect activity for a drizzly day.

If you’re looking to entertain kids when the rain pours, how about burning off some energy at Super Tramp in Bodmin. A 30-minute drive away, there is wall to wall trampolines, a giant airbag, soft play and more. For something a little different, Bodmin also has its own Jail Attraction. Visit the prison and take 90 minutes to walk in the footsteps of the condemned, suitable for those aged eight years and older. 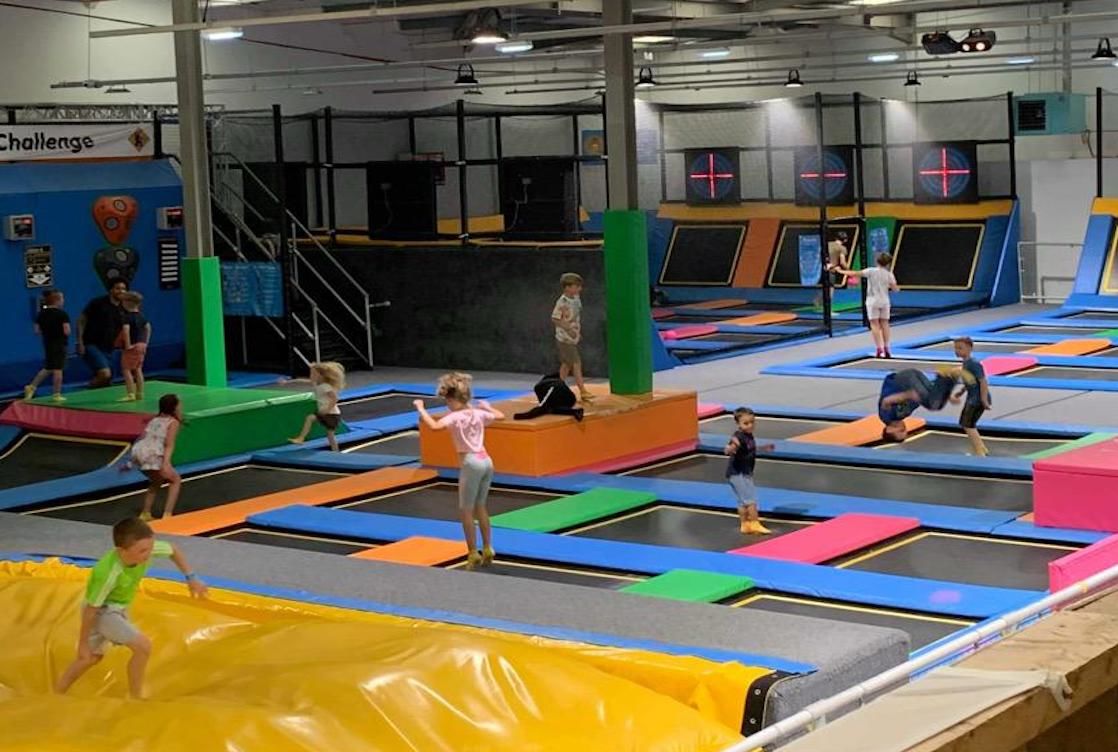 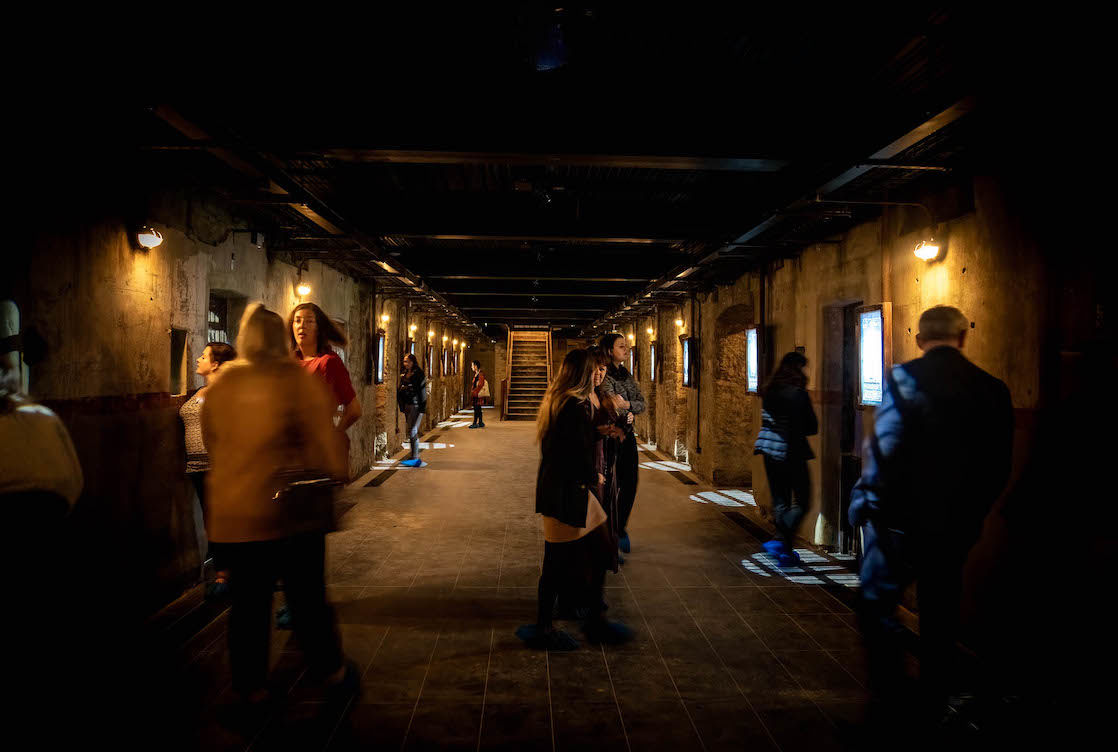 You can take a Doc Martin tour which is led by a local who was involved in the filming, who has many anecdotes to share. You will also see hidden paths and gain an insight into local life.

The best walks in Port Isaac

Meandering around this idyllic fishing village is a treat in itself, with plenty of hills to navigate and glorious views, but as it’s situated on the coast path, there’s an abundance of walks to discover too.

If you’re looking for something a little more rewarding, just under 3.5 miles, the impressive Port Quin to Port Isaac route is not for the faint-hearted. It’s no surprise it’s also known as the ‘Rollercoaster Path’, while the stunning views from the rise and falls make the burning thighs worth it. The inland route is much more manageable if you don’t fancy the challenging walk back.

Or take the South West Coast Path in the opposite direction and head for the mystical Tintagel. This strenuous walk is just shy of 10 miles, this stretch has been awarded both Heritage Coast status and is an Area of Outstanding Natural Beauty, so it’s visually very rewarding, and includes views of stunning Trebarwith Strand.

Coast path from Lundy Bay toward The Rumps, Pentire, Cornwall

The 2018 film, Fisherman’s Friends tells the story of the real-life fishermen from Port Isaac who brought singing sea shanties to the music charts, with the help of a London music executive who falls in love with their singing and the Cornish way of life. The Fisherman’s Friends still perform in Port Isaac, but you better get there early, they attract quite the audience.

Like most of the UK, during the months of July and August you are most likely to experience good weather with average temperatures around 20-25 degrees.

There are public toilets located by the harbour at the bottom of Roscarrock Hill, you’ll also find toilets at both car parks on Trewetha Lane and New Road.

Pretty Port Isaac is a popular, bustling little village, with a quaint but quintessential flavour of Cornwall’s past, making it a great place to stay 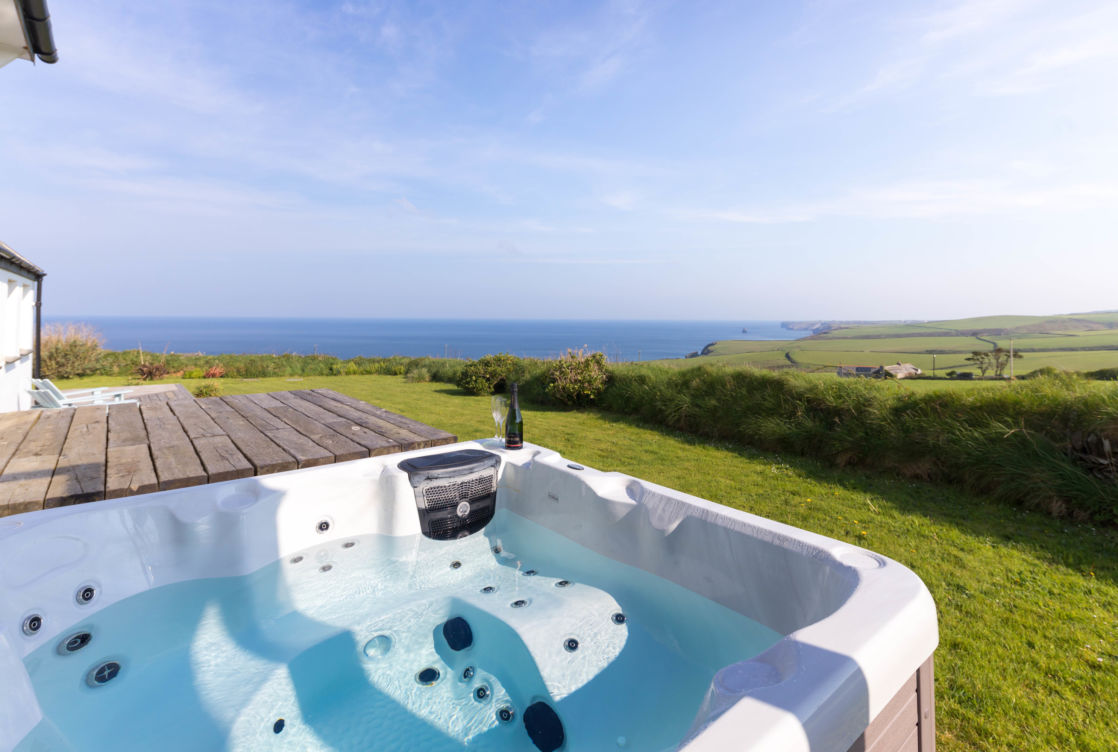 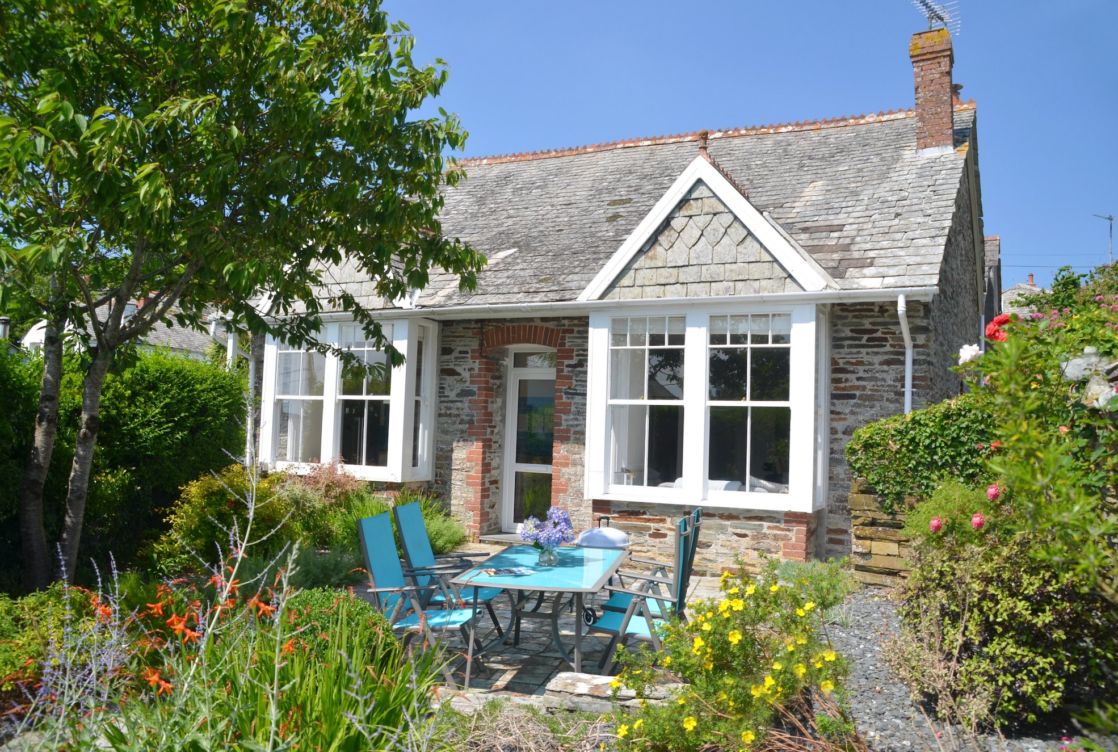 Click here to see our self catering properties in Port Isaac

Why Rock? Rock is an exclusive enclave in North Cornwall, situated across the Camel estuary peering towards popular Padstow. Don’t be put off by the name of this upmarket destination, because it is ... 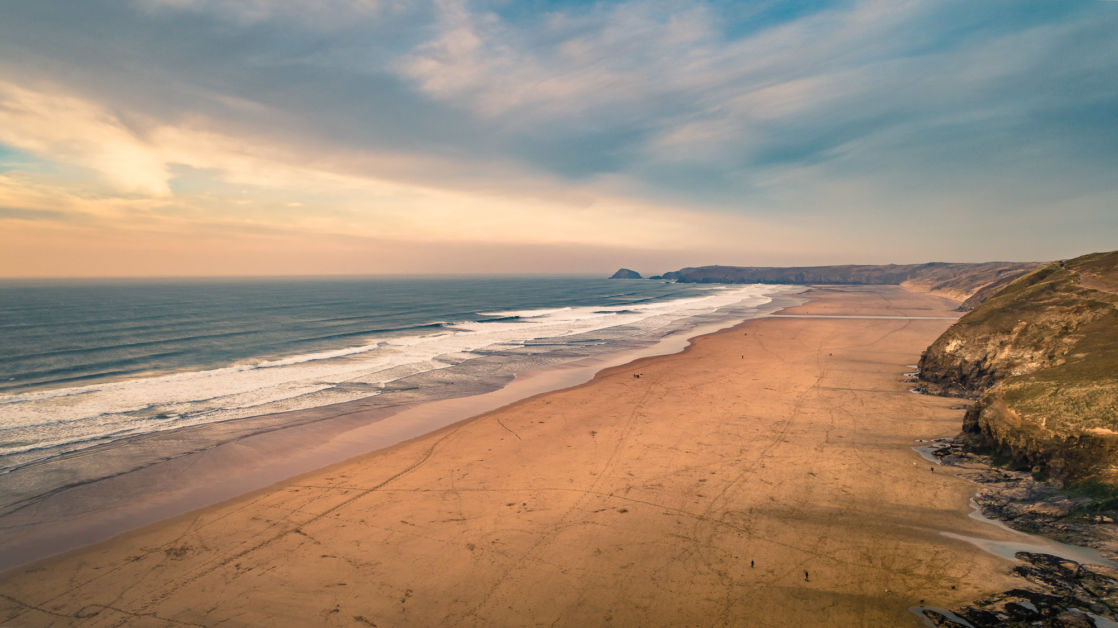 Why Mawgan Porth? A mere 4 miles from Newquay, and not far from Padstow, dog-friendly Mawgan Porth (Cornish for bay or harbour) is renowned for its utterly beautiful beach where golden sands caress in... 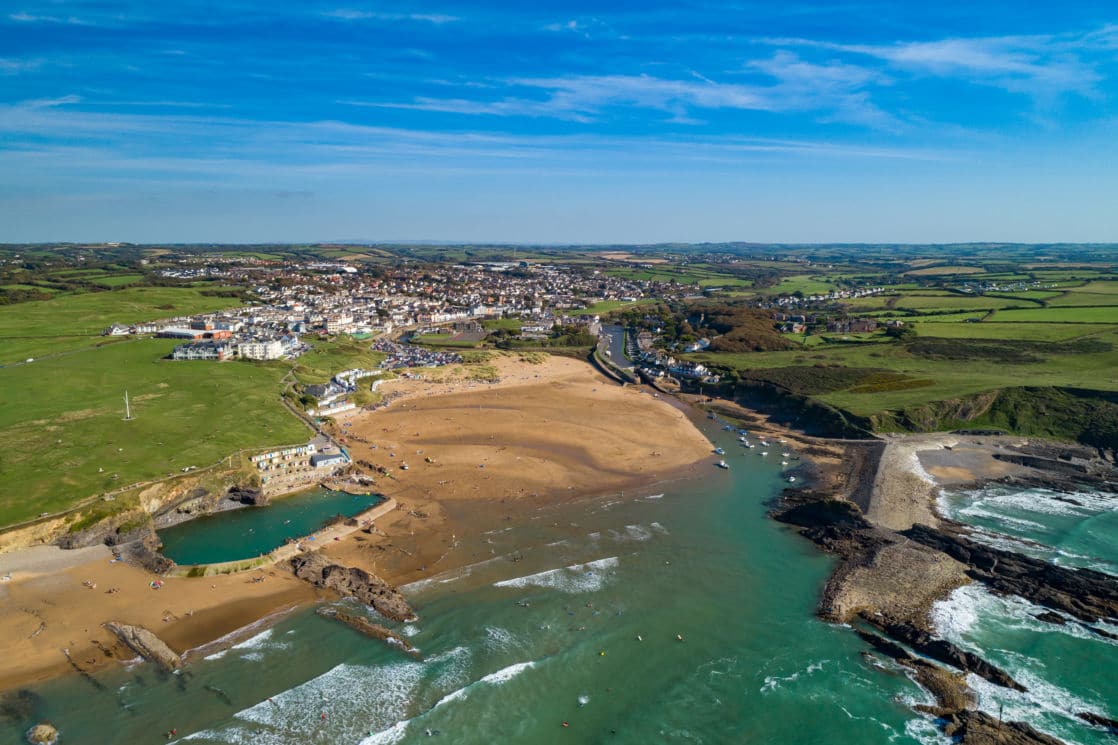 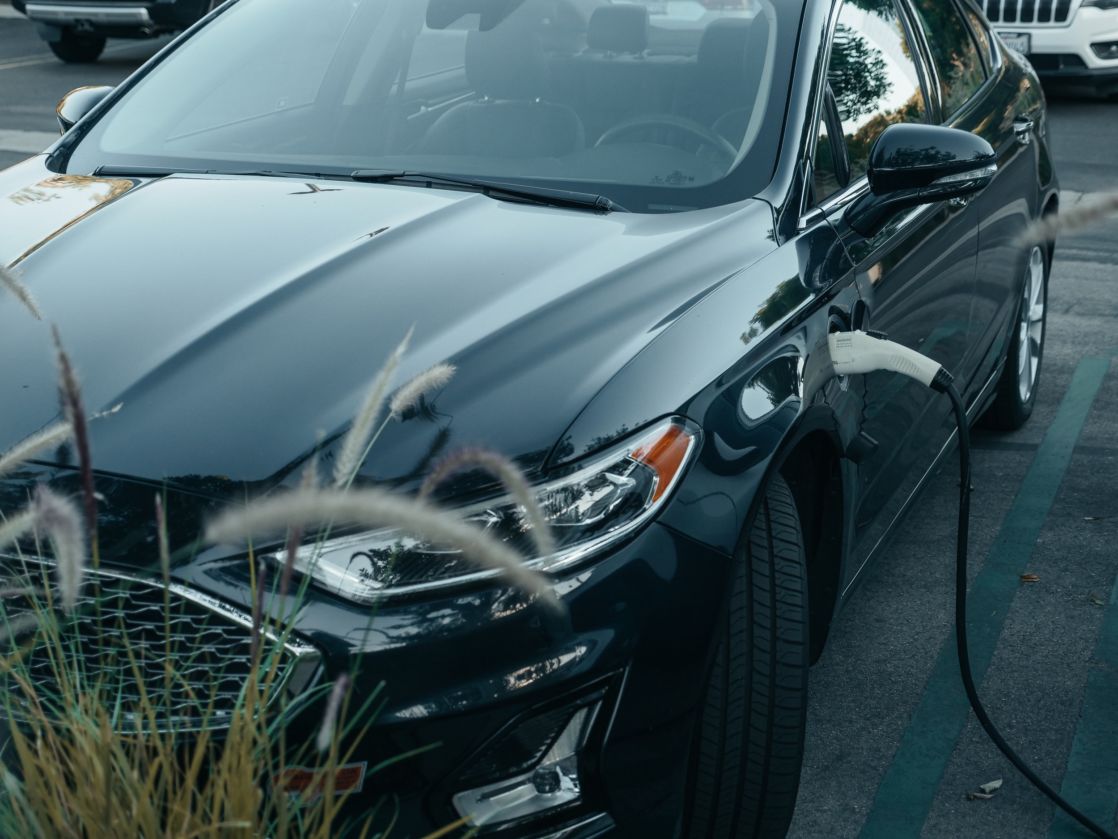 Where to charge your electric car in North Cornwall

Are you heading to North Cornwall? Whatever part of the county you’re visiting, it’s worth planning ahead so that you know where your nearest electric car charging point is. If you’r...