Owned by the National Trust, Holywell Bay boasts a gorgeous sweep of golden sand. Lesser known than its neighbours Perranporth and Newquay, Holywell and the surrounding coast offers you a haven of beaches, common land and coastline to explore. Once you’re here it’ll come as no surprise to learn that Holywell was one of the backdrops for the BAFTA-winning TV series Poldark.

Equally equipped for a day surfing, or building sandcastles, the exposed rocky headlands sit alongside a fabulous sandy beach. Lifeguarded during the main season, in true north coast spirit both Holywell and nearby Crantock beaches offer a fantastic place to catch some waves. National Trust licensed surf schools; Holywell Bay School of Surf and Cornwall Surf Academy both operate at Holywell, catering for all ages and abilities.

Both Holywell and Crantock beaches are dog-friendly all year round, and there are plenty of footpaths to explore with your furry friend. There’s lots of history to discover including the remains of an Iron Age castle on Kelsey Head, a Bronze Age barrow on Cubert Common and the holy well in a cave on the beach.

There is free parking for National Trust members (remember to bring your card) and Blue Badge holders, for non-members charges apply. The toilets are also open daily.

Here you'll find local tips on making the most out of your visit... from where to eat and drink to checking out attractions that are close by. 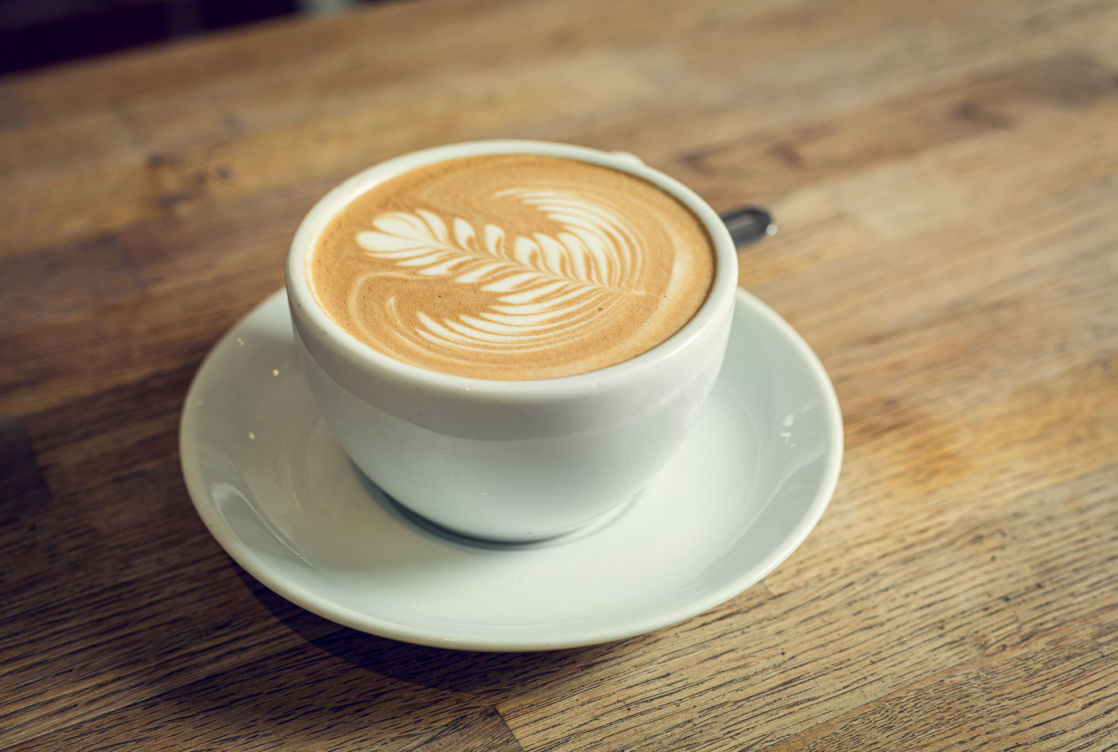 Located at the beginning of a path that leads to the unspoilt beach Holywell Bay, sits Gull Rocks Bar and Coffee House. 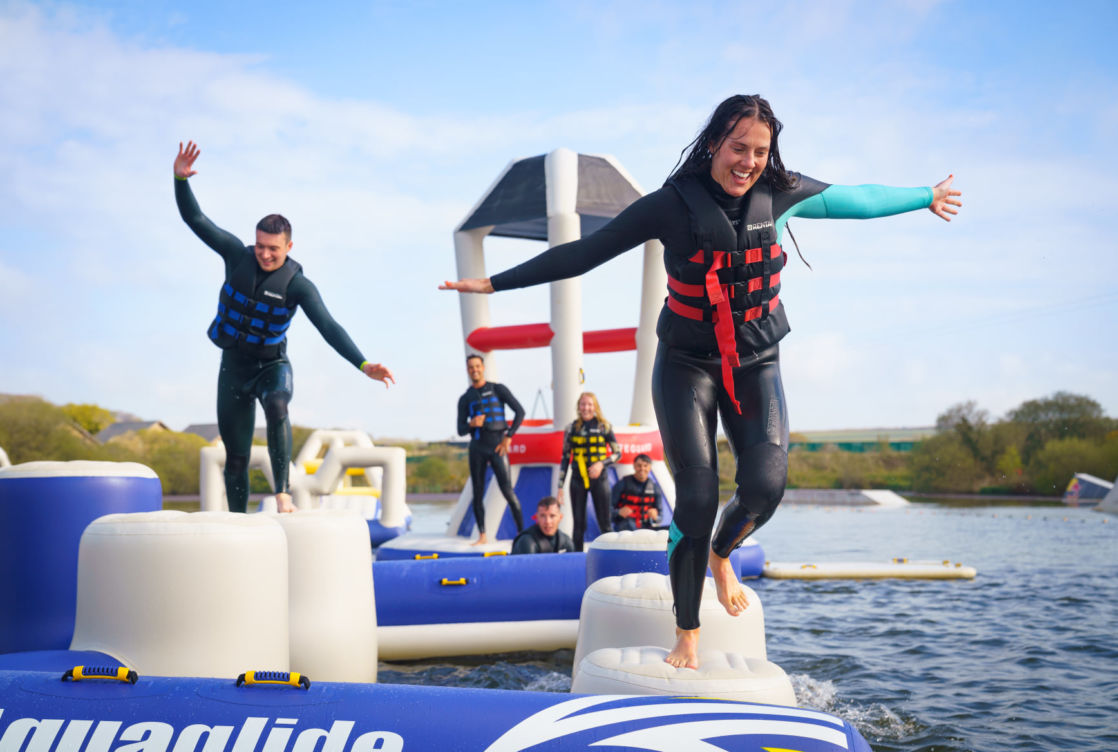 Prepare to get soaked at Retallack Aqua Park near Newquay, this challenging aqua park is perfect for competitive families. 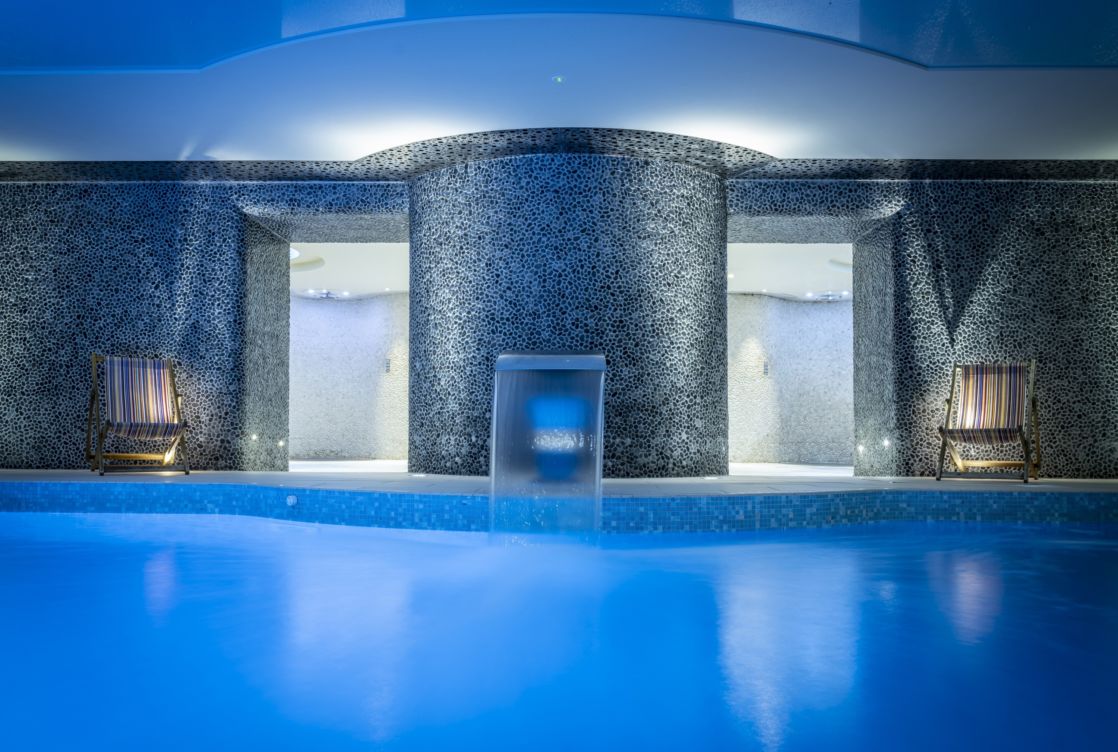 You’re looking at 5 star luxury when it comes to spa facilities at The Headland Hotel in Newquay. 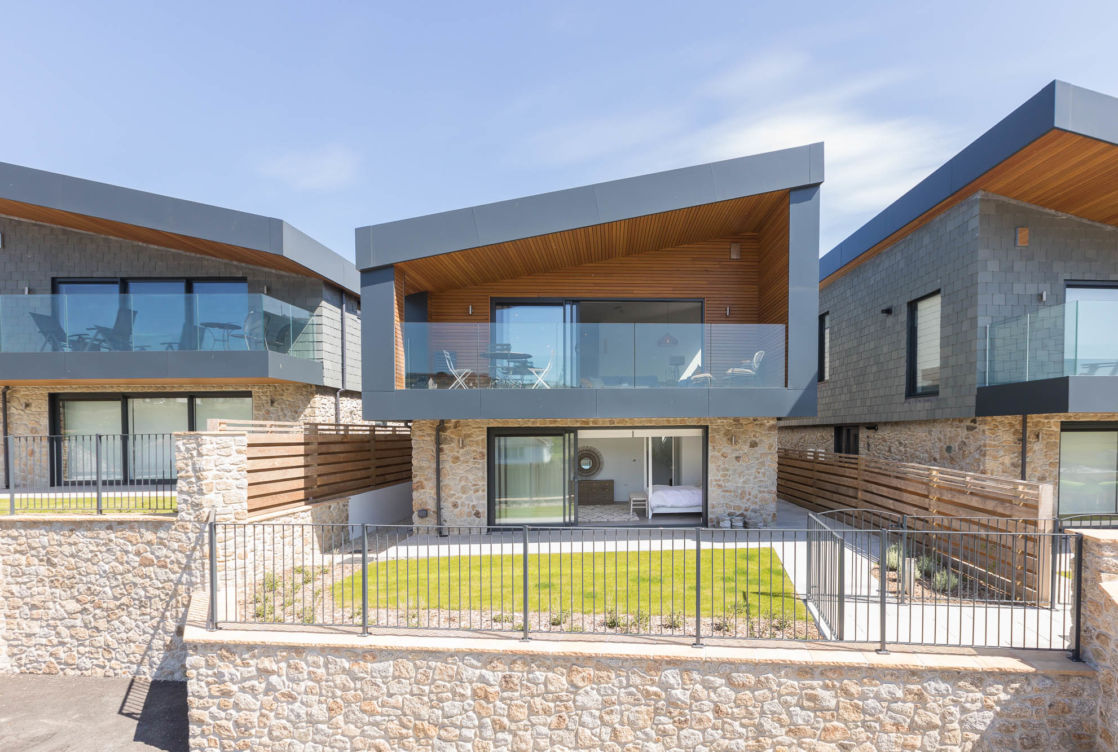 Nearby Newquay is a surfing mecca with beaches galore and top-notch foodie hotspots, secure your dream holiday booking in Newquay with Cornish Secrets. 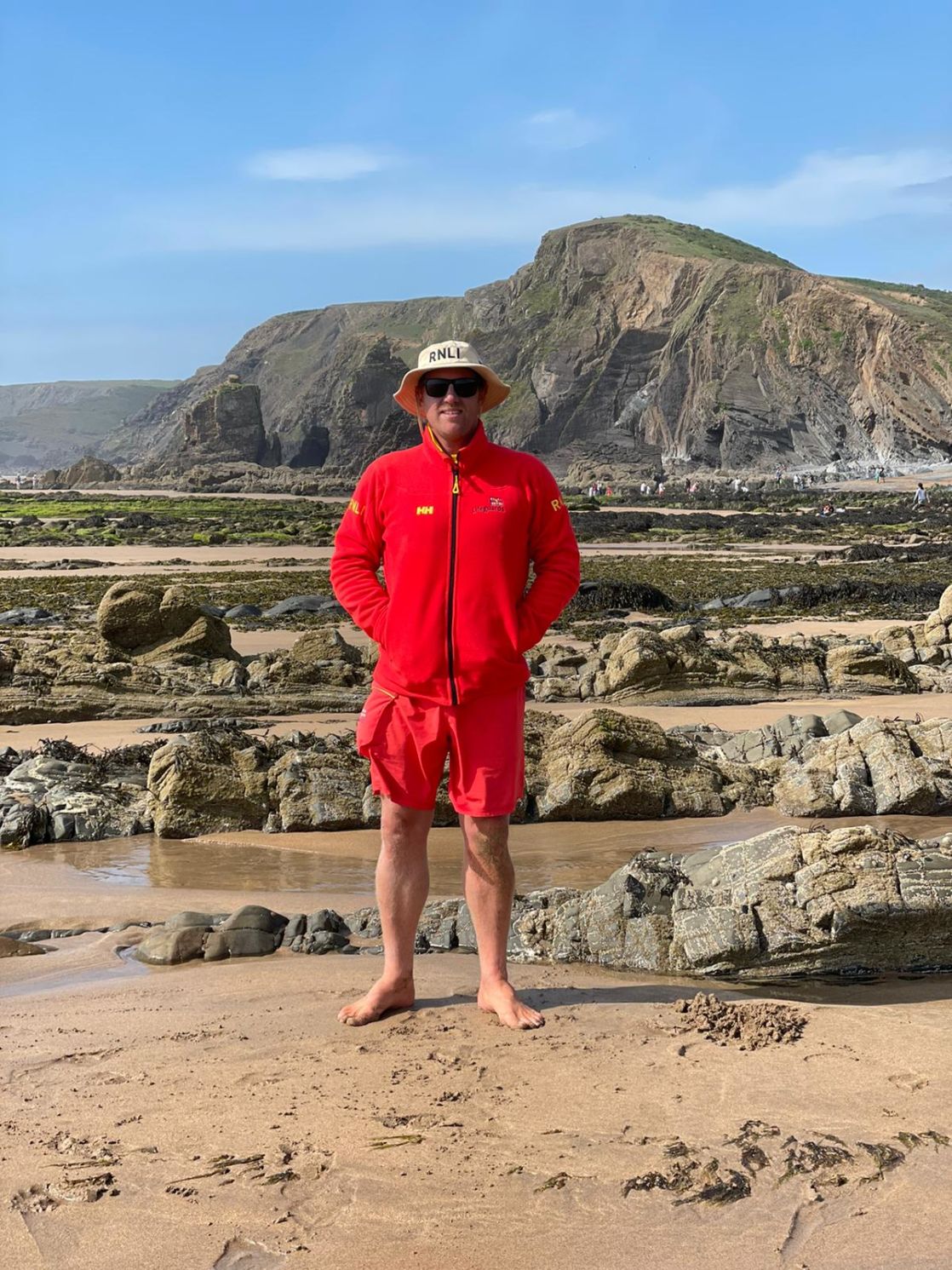 Day in the life of a Cornish lifeguard 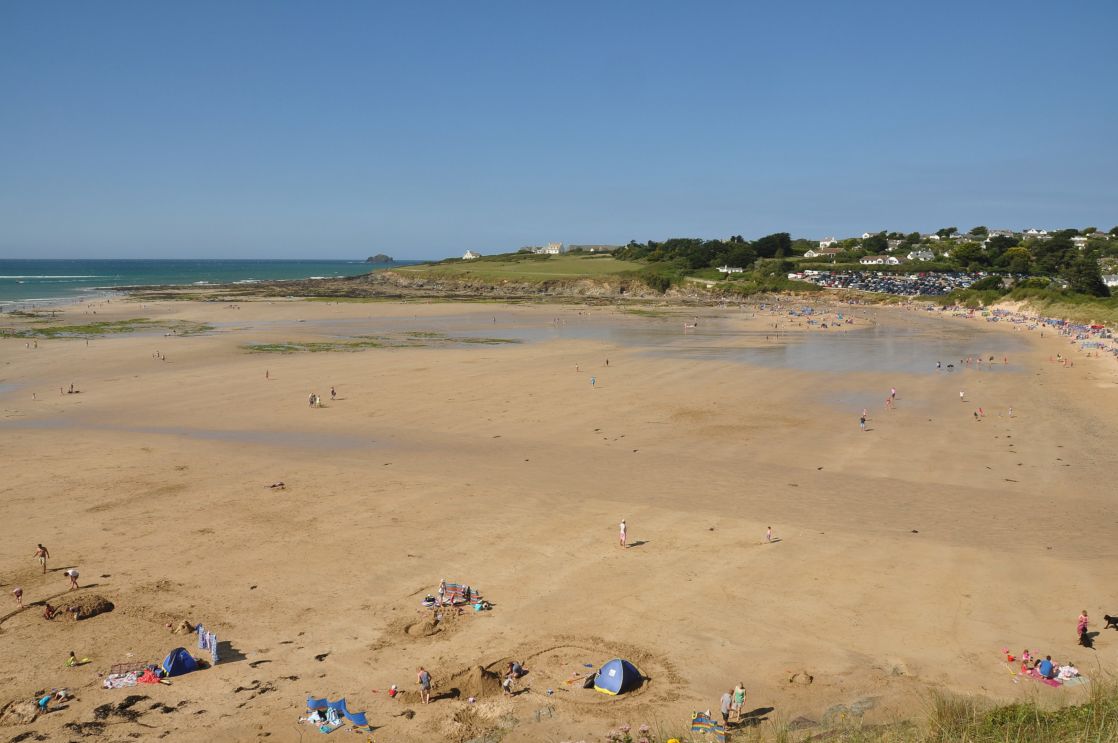 This splendid beach offers a long stretch of golden sand at low tide, backed by suntrap dunes and scenic views across the Camel Estuary. There is parking, via narrow roads. The car park also has grass... 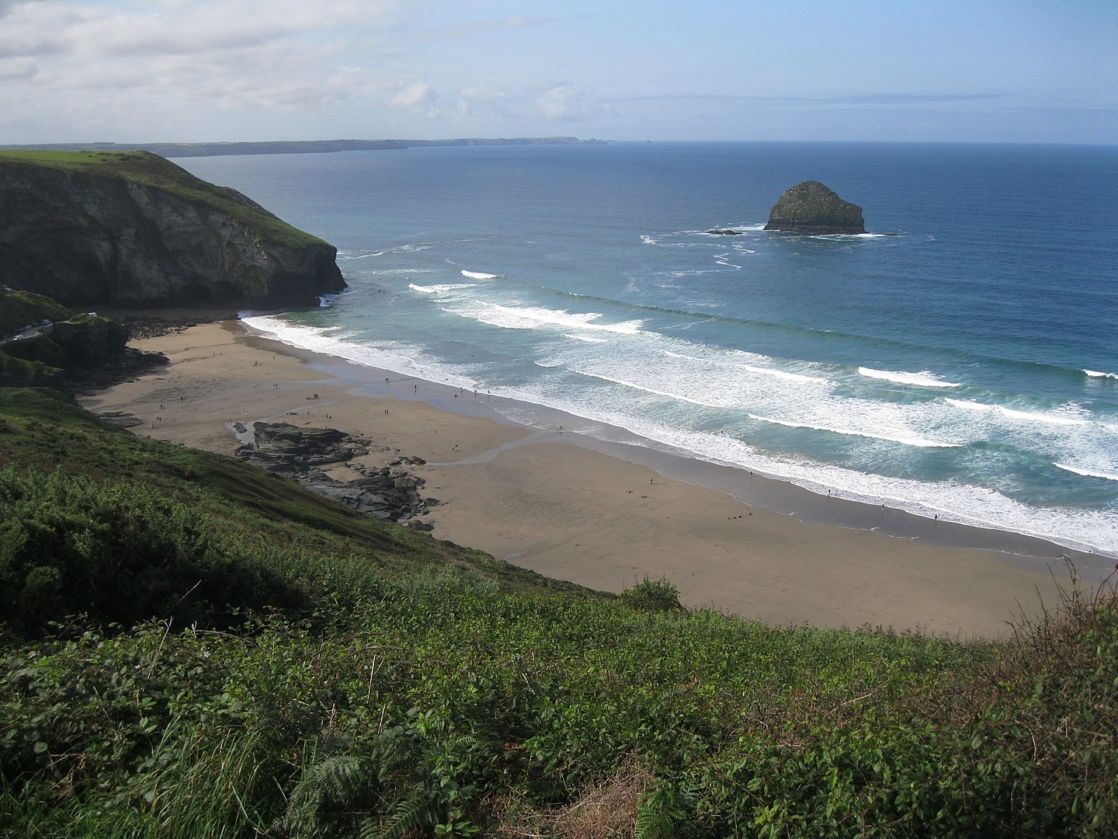 Beginner surfers please take note, Trebarwith Strand is not a place for you, only experienced ones. However, it is a glorious spot around two miles from Tintagel, and not far from Port Isaac, approach... 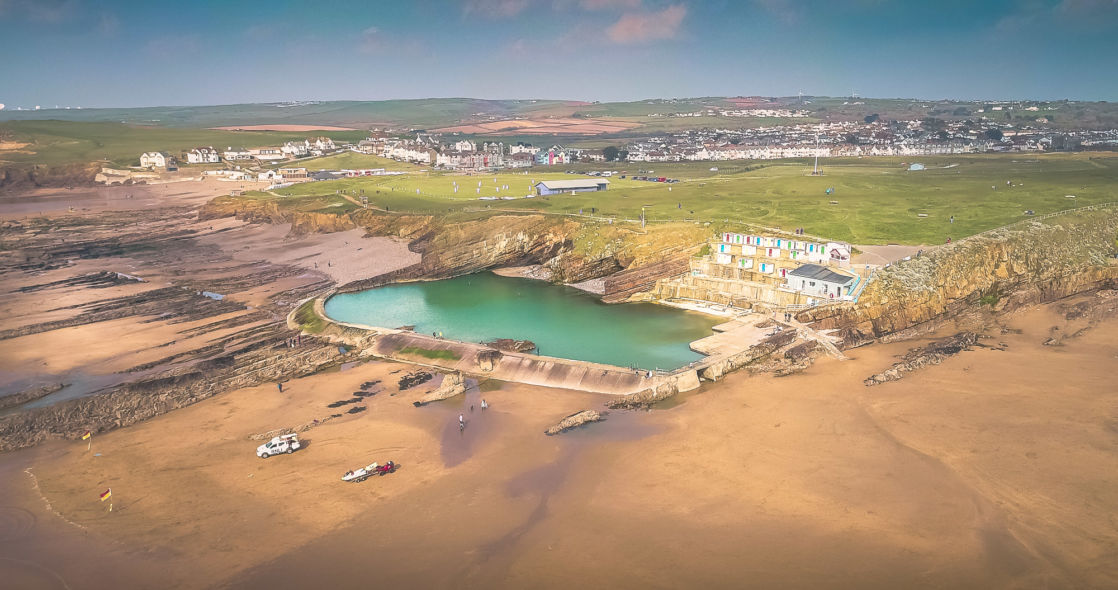 Just a short walk from the vibrant town centre with its shops and cafes, Summerleaze is Bude’s main beach (with a large car park) which has excellent/good water quality. There are also great waves f... 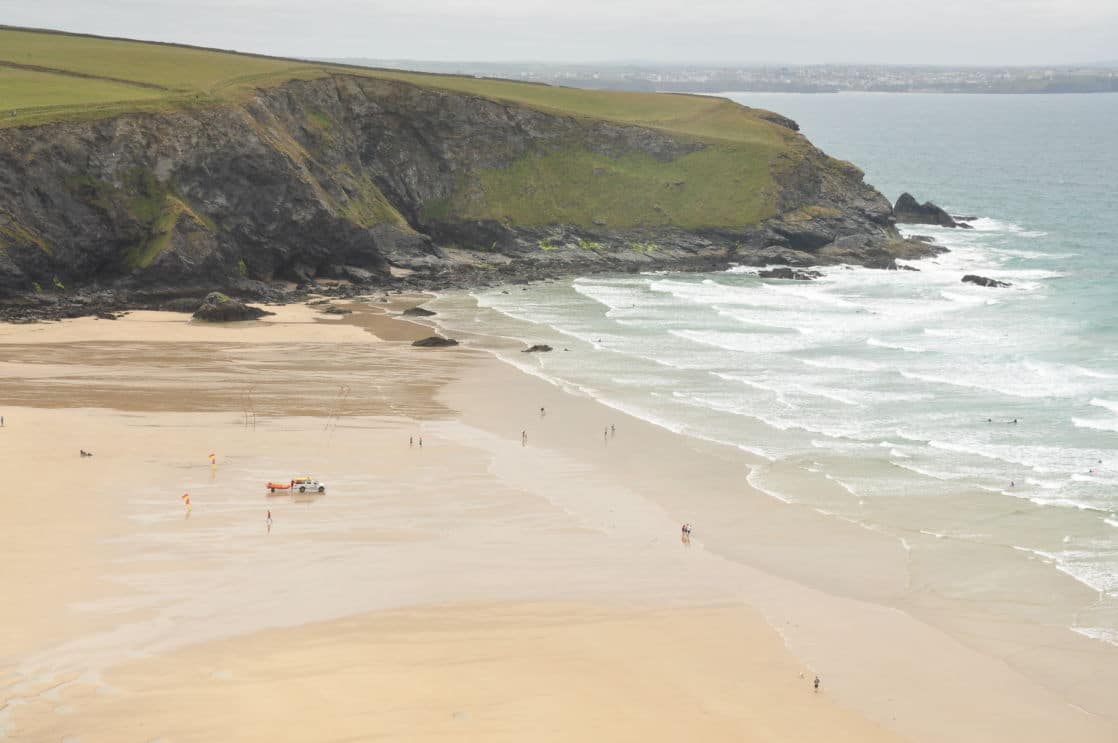 Just four-miles from vibrant Newquay is a quieter spot, Mawgan Porth, with its own beautiful ‘Sunday Times award-winning’ beach. In contrast to the huge, rugged north Cornwall cliffs, this gently ...

Situated between the popular seaside town of Bude and the lesser-known Morwenstow, owned by the National Trust Sandymouth is a special beach which is backed by dramatic twisted cliffs. A magical place...